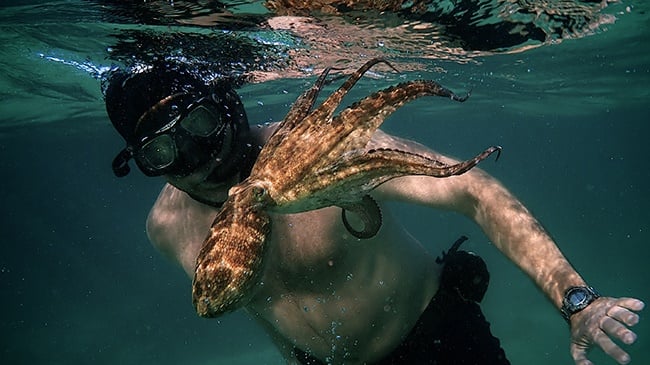 The winners will be revealed during a special announcement on Monday, 16 November.

My Octopus Teacher, directed by Pippa Ehrlich and James Reed, centres on award-winning filmmaker Craig Foster who develops a 'relationship' with a curious octopus while diving in the Atlantic Ocean.

My Father The Mover directed by Julia Jansch centres on dancer and choreographer Stone Move Galela who offers movement and dance classes in Khayelitsha. Using Gqom he has helped many children rise above the hardship of township life through dance.

It won Best Documentary Short at the Tribeca Film Festival earlier this year.

We live in a world where facts and fiction get blurred
In times of uncertainty you need journalism you can trust. For only R75 per month, you have access to a world of in-depth analyses, investigative journalism, top opinions and a range of features. Journalism strengthens democracy. Invest in the future today.
Subscribe to News24
Related Links
When a Cape Town man makes friends with a Kreepy Krauly a beautiful parody unfolds
The unbelievable South African documentary on Netflix that the world is talking about
When a Cape Town man makes friends with an octopus an unbelievable story unfolds
Next on Channel24
Zozibini Tunzi to make film debut in The Woman King with Viola Davis and Thuso Mbedu