The Venice Film Festival opened Wednesday with a tribute to those who lost their lives from coronavirus as the event sought to kickstart the industry still reeling from the effects of the crisis.

The festival, rolling out on the glitzy beachfront Lido through 12 September, is the first major international festival to take place since Covid-19 shuttered theatres, halted production and drove millions of moviegoers around the world to their television sets.

Although the scaled-down event will offer less red-carpet glamour this year, with most of Hollywood's A-listers staying away due to travel restrictions, organisers hope the movies themselves will take centre stage as the film industry makes tentative steps to regain its footing.

President of the jury Australian actress Cate Blanchett, dressed in a sparkling black gown with dramatic white trim, saluted the work of the festival's organisers at the opening ceremony.

"We are here and we did it," said Blanchett in Italian, before switching into English.

"Being here tonight seems like some kind of wonderous miracle," said the Academy Award-winning actress, her jury seated in the theatre's first row of seats due to coronavirus regulations.

Italian actress Anna Foglietta, host of the ceremony, gave an impassioned tribute to the victims of coronavirus and the doctors, nurses and medical professionals who sought to save lives during the pandemic, which has killed over 35 000 people in Italy.

Strangers in the dark

The festival held annually on the swanky Lido - which over the decades has attracted celebrity heavyweights from Sophia Loren to George Clooney - will this year award its top prize, the Golden Lion, to one of 18 films in the main competition.

Earlier in the day at a news conference, Blanchett saluted the "infinite creativity and resilience" of film-makers during the coronavirus lockdown.

"Over the last few months... in our isolated bubbles we've been sustained by streaming images and stories into our living rooms, but I think there has been a vital component that's been missing and that's back here tonight," she said.

"Strangers gathering in the dark in anticipation of a collective experience, an event."

British actress Tilda Swinton garnered a standing ovation as she received a lifetime achievement award from the festival.

Cinema is my happy place, it's my true motherland.
Actor, Tilda Swinton

Opening the festival, but out of the main competition, was Lacci by Italian director Daniele Luchetti, the story of a family unravelling and the ties that nevertheless continue to bind and wound. 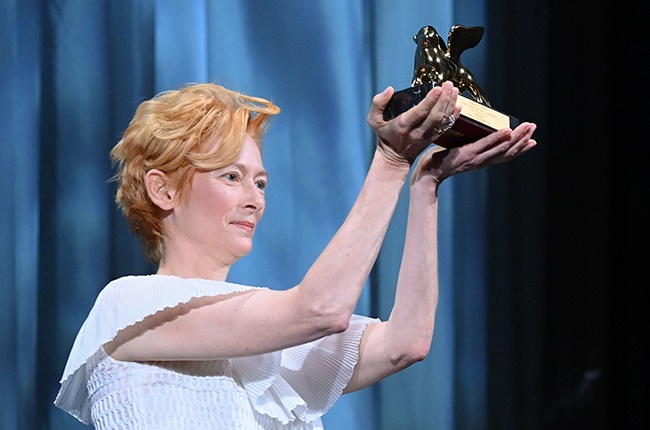 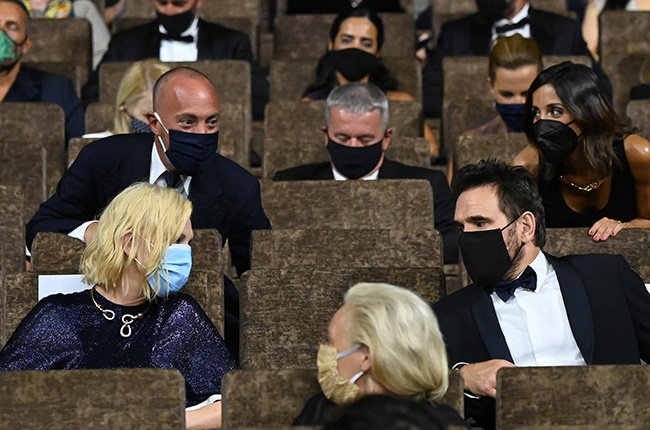 Organisers of the festival are taking a high-risk bet that they can safely run the festival despite coronavirus cases on the rise in Italy and neighbouring European countries.

Strict safety measures are in place, from mask wearing to social distancing within cinemas, to the decision to ban fans from the red carpet.

On Tuesday, workers finished last-minute projects, as dozens of red safety signs were installed throughout the venue, underscoring the peculiarity of this year's event.

Festival Director Alberto Barbera acknowledged some jitters on the eve of the opening.

"I'm excited and I'm a little bit anxious," Barbera, neatly turned out in a pressed blue suit despite the heat, told AFP on Tuesday.

In May, Barbera made the decision to go ahead with "La Mostra" - now in its 77th year - despite film festivals around the world opting to cancel, including Venice's French rival, the Cannes Film Festival.

"We feel a responsibility to be the first. We knew Venice will be sort of a test for everyone," he said.

About 6 000 people are expected to turn out this year - about half the festival's usual number - as border restrictions around the globe have limited the ability of many to travel.

Fans hoping to get an autograph or snap a selfie with their favourite stars are likely to be disappointed, however. The red carpet now includes a newly erected wall in the spot where fans have always congregated behind barriers to watch the parade of celebrities.

We live in a world where facts and fiction get blurred
In times of uncertainty you need journalism you can trust. For 14 free days, you can have access to a world of in-depth analyses, investigative journalism, top opinions and a range of features. Journalism strengthens democracy. Invest in the future today. Thereafter you will be billed R75 per month. You can cancel anytime and if you cancel within 14 days you won't be billed.
Subscribe to News24
Related Links
Venice Film Festival seeks to dodge coronavirus and controversy
Masks, gel, and empty seats for Venice Film Festival
Venice Film Festival 'saved' with spotlight on Italian fare
Next on Life
Thuso Mbedu makes New York Times' top 10 best actors of 2022 list