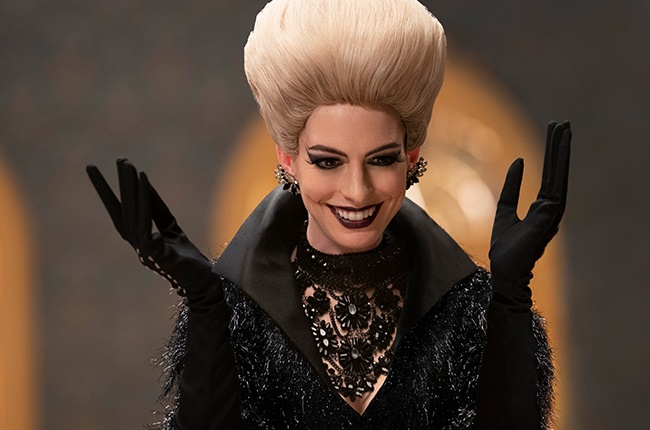 Warner Bros has issued an apology after they received backlash over the depiction of Anne Hathaway's character in The Witches.

Based on the novel by Roald Dahl the film centres on a young boy who goes to live with his grandmother. When the boy and his grandma encounter some witches she whisks him away to a seaside resort but they arrive at the same time that the Grand High Witch and her coven arrive.

The Oscar winner plays the Grand High Witch in the film adaptation directed by Robert Zemeckis. In the movie, the villainous character is missing some fingers which resemble ectrodactyly, a congenital disorder that involves the deficiency or absence of one or more digits of the hand or foot.

Paralympian athlete Amy Barren called out the studio on it and expressed her disappointment in the film. She wrote: "@WarnerBrosUK was there much thought given as to how this representation of limb differences would effect the limb difference community? [sic]"

@WarnerBrosUK was there much thought given as to how this representation of limb differences would effect the limb difference community?! @ReachCharity @RoaldFull pic.twitter.com/kiTEAuYt7i

The official Paralympic Games Twitter account also added their voice: "Limb difference is not scary. Differences should be celebrated, and disability has to be normalised."

Limb difference is not scary. Differences should be celebrated and disability has to be normalised. #NotAWitch calls out ‘#TheWitches’ movie for portrayal of disability ?? https://t.co/aSY1U6TymE pic.twitter.com/UCU87bUeV8

In a statement to Entertainment Weekly, Warner Bros said that they are deeply saddened to learn that the depiction of the fictional characters in the film could upset people with disabilities and that they regret any offence caused.

"In adapting the original story, we worked with designers and artists to come up with a new interpretation of the cat-like claws that are described in the book. It was never the intention for viewers to feel that the fantastical, non-human creatures were meant to represent them. This film is about the power of kindness and friendship. It is our hope that families and children can enjoy the film and embrace this empowering, love-filled theme."

"This is a teachable moment, and the apology is empty without any action taken by @wbpictures @hbomax. How about a disclaimer before the film and links to educate viewers about actual limb different community. [sic]"

This is a teachable moment, and the apology is empty without any action taken by @wbpictures @hbomax . How about a disclaimer before the film and links to educate viewers about actual limb different community. #NotAWitch #limbdifferenceawareness https://t.co/sT20dQZir4 @variety

The film which premiered on HBO Max in October releases in SA cinemas on Friday.

We live in a world where facts and fiction get blurred
In times of uncertainty you need journalism you can trust. For only R75 per month, you have access to a world of in-depth analyses, investigative journalism, top opinions and a range of features. Journalism strengthens democracy. Invest in the future today.
Subscribe to News24
Related Links
WATCH | Robert Zemeckis on casting Anne Hathaway and Octavia Spencer in Roald Dahl's The Witches
Next on Channel24
Peter Dinklage slams Disney's Snow White live-action remake