Watch the action-packed trailers for Red Notice, Uncharted and Ambulance 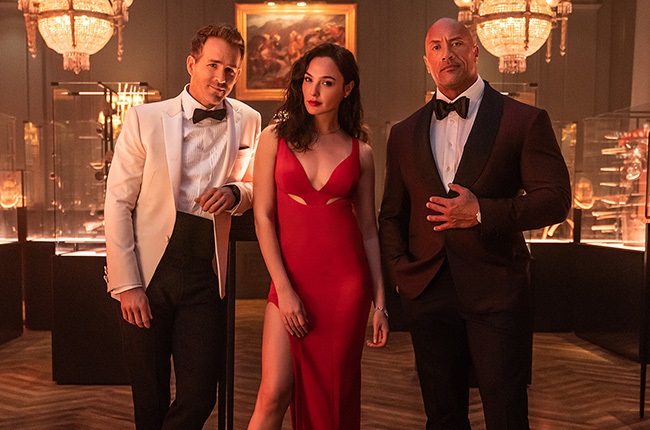 Get ready for some skop, skiet and donder! From Dwayne Johnson, to Jake Gyllenhaal, to Mark Wahlberg and Tom Holland, these are just some of the action-packed films releasing in the upcoming months.

Available on Netflix from 12 November

When an Interpol-issued Red Notice — the highest level warrant to hunt and capture the world's most wanted— goes out, the FBI's top profiler John Hartley (Dwayne Johnson), is on the case. His global pursuit finds him smack dab in the middle of a daring heist where he's forced to partner with the world's greatest art thief Nolan Booth (Ryan Reynolds), in order to catch the world's most wanted art thief, "The Bishop" (Gal Gadot).

Based on the video game series, the film follows young street-smart Nathan Drake (Tom Holland) and showcases his first treasure hunting adventure with wisecracking partner Victor "Sully" Sullivan (Mark Wahlberg). In an action-adventure epic that spans the globe, the two go in dangerous pursuit of "the greatest treasure never found" while also tracking clues that may lead to Nathan's long-lost brother.

In this thriller from director-producer Michael Bay, decorated veteran Will Sharp (Yahya Abdul), desperate for money to cover his wife's medical bills, asks for help from his adoptive brother Danny (Jake Gyllenhaal). A charismatic career criminal, Danny instead offers him a score: the biggest bank heist in Los Angeles history: $32 million. But when their getaway goes spectacularly wrong, the desperate brothers hijack an ambulance with a wounded cop clinging to life and face EMT Cam Thompson (Eiza González).