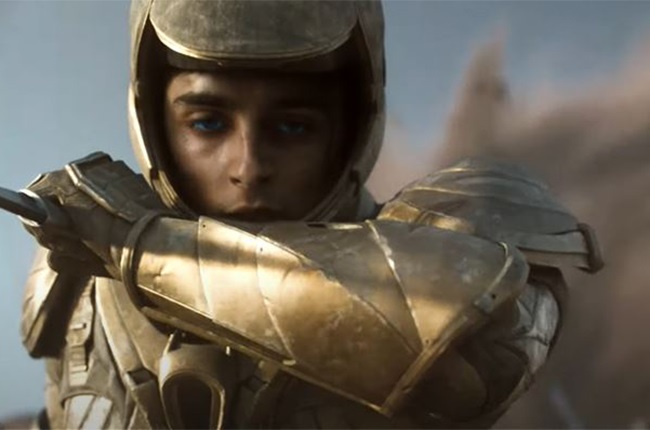 The film, based on Frank Herbert's seminal bestseller of the same name, follows Paul Atreides (Timothée Chalamet) a brilliant and gifted young man born into a great destiny beyond his understanding, who must travel to the most dangerous planet in the universe to ensure the future of his family and his people. As malevolent forces explode into conflict over the planet's exclusive supply of the most precious resource in existence—a commodity capable of unlocking humanity's greatest potential—only those who can conquer their fear will survive.

"A great man doesn't seek to lead, he's called to it," his father, Leto Atreides I (Oscar Isaac), tells him. "But if your answer is no, you'll still be the only thing I ever needed you to be – my son."

We live in a world where facts and fiction get blurred
In times of uncertainty you need journalism you can trust. For only R75 per month, you have access to a world of in-depth analyses, investigative journalism, top opinions and a range of features. Journalism strengthens democracy. Invest in the future today.
Subscribe to News24
Next on Channel24
Not even two Drew Barrymores make this film watchable