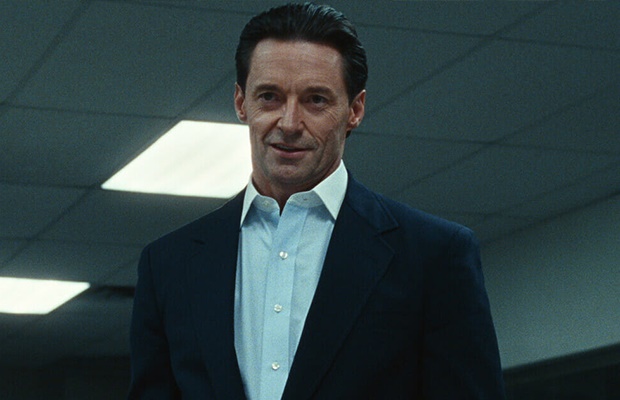 School superintendent Frank Tassone (Jackman) and his assistant Pam Gluckin (Allison Janney) have worked hard to put their district on the map. The whole community has prospered thanks to the local schools’ impressive national ranking. Then a tenacious student reporter (Geraldine Viswanathan) starts asking questions about irregular expenditure and in doing so uncovers the biggest theft of public-school funds in American history.

Hugh Jackman delivers what is arguably his best performance as the charming, impeccably groomed Dr Frank Tassone, a beloved leader among school staff, students, and parents in the Long Island district of Roslyn.

Allison Janney is equally excellent and darkly funny as assistant superintendent Pam Gluckin. Thanks to director Cory Finley's meticulous direction and a tightly woven script by Mike Makowsky, Bad Education takes a story of embezzlement – not exactly the kind of crime that usually captivates audiences in film form – and turns it into a pulsing combination of character studies, investigative journalism, and betrayal by public servants.

When we are first introduced to Frank Tassone, he is being lauded for his achievements in Roslyn, specifically his overseeing of the district's schools being ranked fourth in the country. School board member and local estate agent Bob Spicer (Ray Romano) has seen property values skyrocket in the area because of the quality of schools there.

Tassone's obsession with appearances is evident from the first scene of nose-hair plucking and head-hair preening. His slicked-back mane is always immaculately firm and his suits crisply pressed. Health smoothies are his staple food, demanded by a diet that's "kicking his ass." But it's not just Frank's physical appearance that he crafts so carefully, he also has his assistant Pam (Allison Janney) quiz him on promising students' strengths and ambitions so that when he enters a room, he can immediately charm his supporters. To the people who admire Frank, and to us watching, Frank seems genuinely passionate about education. He even encourages student reporter Rachel (Geraldine Viswanathan) to be more ambitious with her story on the high school's costly new skywalk; an impulse he'll come to regret later.

Rachel's story is given as much care as those of Frank and Pam. Her father is left jobless after an insider trading debacle, which motivates her to summon the moral fortitude necessary to turn what is initially a school paper puff piece into a professional exposé of public institution fraud. Although it's Pam's dim-witted son Jimmy (Jimmy Tatro) who first jeopardises her fraudulent behaviour, Rachel is responsible for pursuing leads and briefly turning a high school newspaper into a mini New York Times.

Pam and Frank have both stolen from the schools in their charge, and both have their rationalisations for their crimes. As they see their worlds unravel, the personas they present to the world also start to collapse. Pam's inordinately lavish lifestyle finally comes under scrutiny as does Frank's mysterious personal life, all to the eclectic orchestral score from Michael Abels; an unsubtle but appropriate accompaniment to the tragic fall from grace occurring on-screen.

The ability to turn such uncinematic subject matter into a briskly paced and captivating movie is no small feat. Two of the most effective examples in recent memory are Spotlight (2016), the brilliant love letter to investigative journalism; and The Big Short (2016), a disturbing yet hilarious dramatisation of the 2008 mortgage crisis.

These films found creative ways to infuse very unsexy topics like painstaking archive examination and mortgage loan repayments with an astounding degree of flair and energy. Bad Education may lack the sardonic wit of The Big Short and is uninterested in asking viewers to patiently learn all about public school budgets and the mechanics of embezzlement. What it does instead, is demand our attention by focusing on the characters at the centre of the scandal, a gamble that only pays off because of the first-rate performances and a superb screenplay that gives the actors substantial depth and dialogue to chew on.