When Soh Bae turns up applying to be Charlie's 4th Angel, she is thrown into the deep end immediately as the other angels are kidnapped by the mysterious Ronny Petankan. With only her nerdy sidekick Nathan Woodhall to help, it is up to Soh to save the angels and save the world before breakfast.

Charlie's Angels. Say those two words, and it immediately conjures up an image of Cameron Diaz, Lucy Liu and Drew Barrymore. But, after watching Elizabeth Bank's new film, I am left with a completely new outlook.

The movie, that many have called a remake, is a piece of cinema that paints a wider picture using some very talented women to do some very dirty, fun and enthralling work. This movie is everything you could want in a summer blockbuster: action, comedy and a visual feast.

Kristen Stewart, Naomi Scott, and Ella Balinska are the three women who brilliantly lead the film, with Ella being the star of the show as Jane Kano. This former British intelligence agent is the beating heart of the movie, and her growth as a character is portrayed flawlessly by the graceful and athletic actress who manages to kick some serious butt.

Kristen Stewart plays Sabina Wilson, who is hilarious because she's the type of mess you would love to have dinner with because she has so many fun stories. Naomi Scott, I struggled a bit more to enjoy on-screen until her character finally realised what we've all known for a very long time: "Why are men great, till they got to be great?"

Elizabeth Banks pulls double duty as director and supporting actress, Bosley. She manages to not only coax the best out of her stellar cast but also manages to do it with a deft touch that doesn't take itself too seriously as many directors tend to do when they have a lot of commercial pressure on them.

My favourite part of this film, and I know this might a weird nerdy thing to fixate on, was the editing. It's as tight as a drum, and it kept my attention throughout the film. I also must give a special shoutout to the stunt performers because wow, it was one explosion after another car chase after another crazy death-defying act.

Another thing I loved about this Charlie's Angels is that it was less of a remake and more like a follow up to all the rest of the films in the cannon, and it makes awesome references to past actresses and iconic moments if you have an eagle eye and loved the previous films as much as I did. After all, Drew Barrymore was a producer.

I also feel like the storyline is incredibly relevant to today's climate in terms of the energy crisis and the prevalence of brazen corruption with the people on top not caring too much what happens to the hardworking stiffs under them who should get a lot more credit than they do. Think Amazon, WeWork and more.

Watch this movie if you want to have fun and enjoy your time at the cinema. It's literally perfect, cheesy and everything I hoped that it would be.

I know there will be haters, but fortunately, there are mute buttons for that, so I am not too worried about what they have to say. 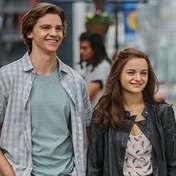