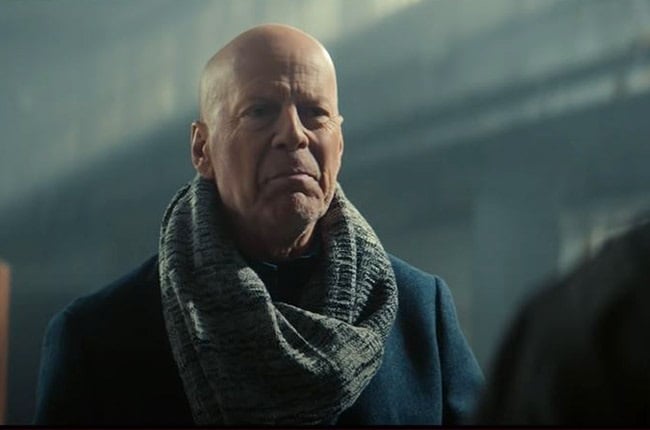 The work of billionaire tech CEO Donovan Chalmers (Bruce Willis) is so valuable that he hires mercenaries to protect it, and a terrorist group kidnaps his daughter just to get it.

"I can only hope that Bruce Willis managed to squeeze a house out of the producers of this breathtakingly poor mess about a, ahem, "quantum" military computer program that can either destroy the world or save it." - Kevin Maher, Times (UK)

"Anyone hoping Bruce Willis might enjoy a career renaissance after his rediscovery in M Night Shyamalan's Split and Glass: lower those expectations now." - Mike McCahill, Guardian

"The production notes inform us that the unimaginatively titled Hard Kill was filmed in a mere ten days, making you wonder how they spent eight of them." - Frank Scheck, Hollywood Reporter

"A tiresome, outdated, hackneyed and predictable action flick that follows one trope after another and isn't shot with an ounce of creative flair. It'll please no-one, not even those who would normally find such turn-your-brain-off ventures enjoyable." - Dan Barnes, Flickering Myth

We live in a world where facts and fiction get blurred
In times of uncertainty you need journalism you can trust. For only R75 per month, you have access to a world of in-depth analyses, investigative journalism, top opinions and a range of features. Journalism strengthens democracy. Invest in the future today.
Subscribe to News24
Next on Channel24
Venom: Let There Be Carnage