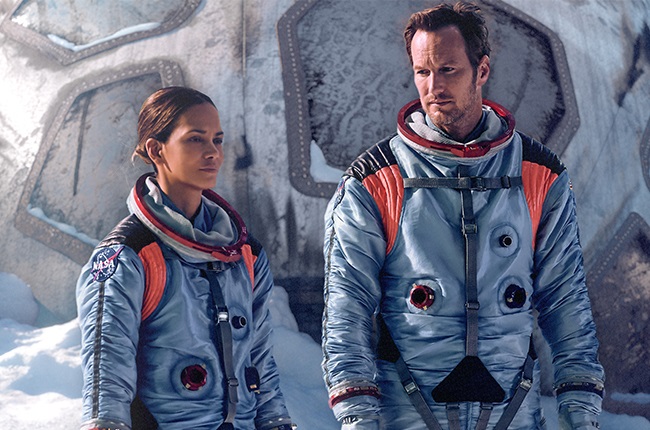 The world stands on the brink of annihilation when a mysterious force knocks the moon from its orbit and sends it hurtling toward a collision course with Earth. With only weeks before impact, NASA executive Jocinda "Jo" Fowler teams up with a man from her past and a conspiracy theorist for an impossible mission into space to save humanity.

Disaster movies have a special kind of pull for audiences - we have always been weirdly curious about world-scale destruction, despite the fact that many parts of the world have endured their own world-ending disasters throughout humanity's history. In cinema, however, it's far less about the endurance of humans and rather about how far filmmakers can push special effects to create believable annihilation. The earth tearing itself apart, waves washing away whole cities, volcanic ash raining down from the heavens and howling winds flinging cars everywhere. And in between all that chaos, a rugged hero trying to save their family, or even save the world, battling the elements. It's a tried-and-tested method, one that disaster film king Roland Emmerich (Godzilla, Independence Day, Day After Tomorrow) has used countless times to various degrees of success.

In Moonfall, this method is applied again in a sci-fi setting similar to Independence Day, where the moon has suddenly changed orbit and is heading straight for Earth, propelled by a mysterious extra-terrestrial force. The head of Nasa (Halle Berry), a disgraced astronaut (Patrick Wilson) and a conspiracy theorist (John Bradley) try to get to the bottom of this mystery in a last-ditch attempt to stop what's happening at the source.

Unfortunately, Moonfall spoiled its own story with its trailers and marketing. If the extra-terrestrial component was kept under wraps, it would have made for a great reveal, as the supposed reveal was lukewarm, with a very rushed explanation of what's really going on. Disaster movies have never been well-known for their writing, and this movie drives that home with the lamest dialogue ever penned. Poor Halle Berry tried to salvage the awful lines with gusto delivery, but all it did was make me laugh for all the wrong reasons. Even at the climax, they couldn't even give the heroes' last rally some decent sauce, instead flavouring it with petrol station ketchup. Emmerich should consider stepping away from the keyboard and just focus on what he does best - directing phenomenal special effects.

And that's where the $146 million budget really went. The cast was just an after-thought where anyone could be replaced by anyone (which is ironically what happened). I, unfortunately, previewed the film on the smallest cinema screen you can find, but I can just imagine what impact it would have had on IMAX. The movie science (sprinkled with real science from actual scientists) came to life as the moon inched closer and closer to the Earth, revealing its impact on the oceans and creating insane gravity waves that pulled everything apart. I am still in awe of how they get people to look like they're in zero gravity with wirework. They built 135 sets with the special effects teams at the forefront of their filming, and this level of care and craftsmanship shines through, with no sketchy moments outside of the script. This is especially impressive when you realise that Moonfall is an independent film, with no studio backing it during production except for support from Nasa itself, a Chinese entertainment company and very obvious product placement with Tesla - including a poorly delivered "What would Elon do" line and SpaceX references. In this regard, I applaud Emmerich for showing how independent big-budget films can be done, especially on the special effects front.

One final note on the writing, however. In a time where conspiracy theories have had severe consequences for people's wellbeing and politics, I find it in bad taste to make a conspiracy theorist, no matter how benign, a hero in a movie. There's a great article on Mashable that perfectly explains why Hollywood should take some of the blame for the rise of belief in wacky conspiracy theories, and something I hope filmmakers can keep in mind whenever they go for the conspiracy angles. Movies are more powerful than people give them credit for.

But overall, Moonfall is a visual spectacle rather than a mental spectacle and far more a disaster film than a sci-fi film if you want to be technical about genres. I only wish it had better writing that could match the grand concept and make you care more about the characters. With high stakes, sometimes you need high emotions to create a CGI-fest more than just a filmmaker's sandbox.