Olivia Colman as Queen Anne in The Favourite. (Photo: Greatstock/Splash)

In the early 18th century, England is at war with the French. Nevertheless, duck racing and pineapple eating are thriving. A frail Queen Anne (Olivia Colman) occupies the throne, and her close friend, Lady Sarah (Rachel Weisz), governs the country in her stead, while tending to Anne's ill health and mercurial temper. When a new servant, Abigail (Emma Stone), arrives, her charm endears her to Sarah. Sarah takes Abigail under her wing, and Abigail sees a chance to return to her aristocratic roots.

Seeing a tightrope walker effortlessly traversing between two high-rises is at once thrilling and astounding, because there are so many things that can go wrong, but somehow, they don’t. You become so wrapped up in the effortless glide of it all, that it’s easy to forget someone just defied gravity with flare and grace. That’s how I feel about director Yorgos Lanthimos’ The Favourite.

It’s a work of art that holds up a dazzling mirror to humanity’s timeless power struggles, fickle desires and fragilities with such ease it’s easy to forget how hard that is to do. The film, which has won awards far and wide, swept me up into royal court life with its unconventional camera angles, slapstick scenes of the absurd and whip smart dialogue. In this rich world, I paid special attention to the mise-en-scene that was like another character in the room. I loved that every detail of it was thought out from what surrounded the queen when Sarah was taking care of her and how that differed to what was given to her when Abigail was taking care of her. How the one that truly loved her tried to keep her healthy with fruit while the one that wanted to use her gave her cake and anything else, she wanted.

Another high point is the way that Olivia Colman as Queen Anne and Rachel Weisz as Lady Sarah interact. Theirs’ is the type of chemistry that I could totally see running an empire but just as easily ruining it once things finally sour. They are lovers locked in a power struggle that would seemingly go on forever (or at least until the poorly queen’s imminent death) if it wasn’t for the introduction of Emma Stone’s seemingly sickeningly sweet Abigail.

Emma as Abigail is everything you want in a charming protagonist, oozing with humour and cunning. She brings a real depth of character to the woman that breaks up a dysfunctional union with what, at first, seems like admirable motivations.

Each one of these three women give a performance that is worthy of acclaim in my opinion, but I was truly in awe of Olivia Colman’s work as the childlike queen. She is completely captivating, and I found her to be the gem at the centre of this film masterpiece. The closeups of her face reveal just as much as a 1000-word monologue would as things fall apart.

I know a lot of people might not get this film. It might be seen as pretentious or ludicrous or any manner of negative things, but to me it is a must-see. If you love movies and seeing a cast and crew firing on all cylinders, then go watch this movie. It is worth more than the price of admission. 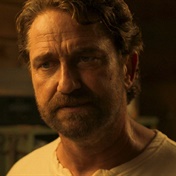