kykNET's 10th Silwerskerm Festival is bouncing back as a hybrid film festival in Camps Bay this year between 23 and 26 March.

The line-up is a collection of feature films and short films influenced by Covid-19 and loadshedding - including vampires on the Cape Flats, off-beat love stories and South Africa's first Afrikaans eco-horror movie.

Taking place at The Bay Hotel in Cape Town and accessible online through the Silwerskerm Festival website, the film festival's registration fee of R190 will give participants access to four days of film premieres. The revenue will go towards the Tribuo fund supporting South African artists in financial need because of the Covid-19 pandemic.

Nine feature films in contention for various Silwerskerm Festival awards and 17 short films produced with kykNET's support for this year's Silwerskerm film festival will be screened.

Besides the feature and short films, people attending the film festival physically or virtually will also be able to participate in and listen to various industry talks, question-and-answer sessions with producers, and interviews with on-screen talent.

While the feature films in this year's competition are exclusively ones making their world debut at the film festival, this year's line-up also includes feature films that were funded by kykNET and M-Net that already premiered on MultiChoice's DStv BoxOffice because the 2021 edition of the festival was postponed due to Covid-19.

These three films are Kaalgat Karel, Klein Karoo 2 and Barakat, which was South Africa's official film entry for the Oscars this year. These three films will be screened on 3, 10 and 17 March on the official website before the festival commences.

Beurtkrag stars Ivan Botha and DonnaLee Roberts, who teamed up with director Jozua Malherbe to develop a feature-length script from the 2015 Silwerskermfees short film, will have its world premiere at the festival.

Indemnity, a tense action film by Travis Taute, stars Gail Mabalane and Hlomla Dandala, with Jarrid Geduld playing a firefighter who flees after he becomes the prime suspect in the murder of his wife. 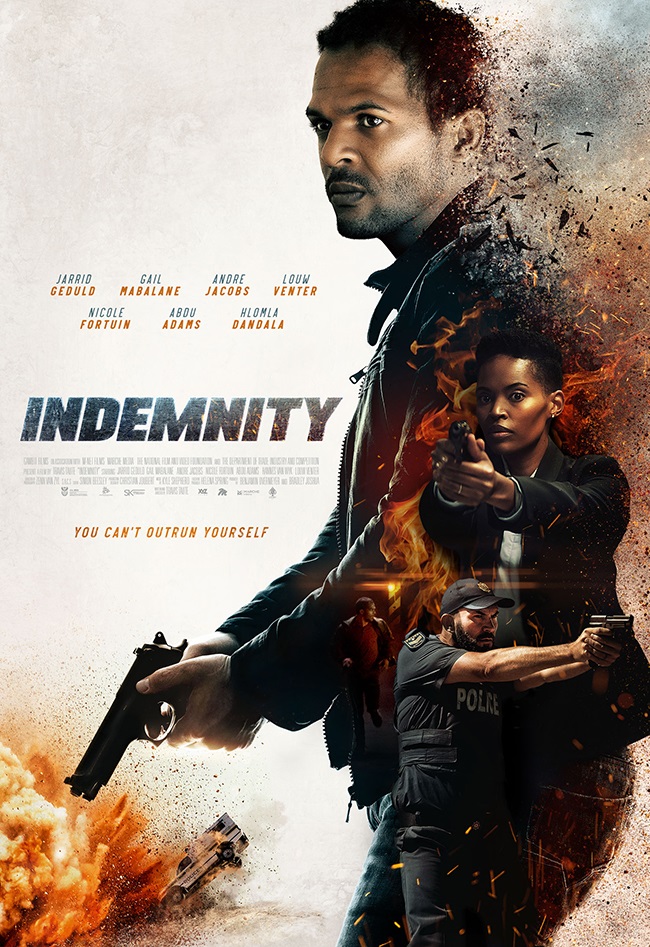 Down So Long, directed by Angie Mills, is an experimental satirical comedy-drama. It centres on Joseph Mabena, who lives with his wife and extended family in a full house in the informal settlement of Hangberg.

In Stiekyt, Etienne Fourie, a former Silwerskerm Festival winner, is in the director's chair for this thriller produced by Homebrew Films.

A scene in Stiekyt.
Photo supplied

Vlugtig is another reworking of a former Silwerskerm Festival short film with the same director, Marinus Gubitz. Several of the cast reprise their roles, adding Jane de Wet.

The first eco-horror film in Afrikaans, Gaia, will also be shown after its 2021 premiere at the South by South West film festival. The subject matter of the short film category at the Silwerskerm Festival is diverse and range from science fiction and superheroes battling tik, to Cape Flats vampires, pregnancy stories and figurative and real-world family journeys.

Barber is set in a macabre barbershop on the Cape Flats where the owner and his daughter plan to take revenge. It stars Irshaad Ally of Suidooster in the role of a client. He also stars in Verstikking as a wealthy businessman intent on taking revenge after a robbery in an underground parking area.

For the first time ever, the Silwerskerm Festival features a post-apocalyptic science fiction film in Afrikaaps. Murderous machines hunt the last humans in the Cape in the boundary-pushing My Beskermer.

In the action short film Nagvoël, a superhero tackles tik addicts in the hope of becoming a member of the South African Superheroes League.

Twintig Note is an off-beat romance story set inside a physical closet, while Net Ons revolves around two centuries-old vampires on the Cape Flats. The concept in Die Horries is that there are secret agents with the singular mission of making you go crazy after a late night's partying. But what happens when a Horrie develops feelings for a Horrie-colleague?

Vrywater, set within a fantasy realm, tells the story of a cult of seawater worshippers with their unique set of rituals, hoping for a long-awaited prophecy to be fulfilled. It, however, depends on a rebellious chosen one more intent on following her heart than a prophecy.

In Bergie, an official tasked with removing homeless people, is confronted with the suffering of others.

Die Groensone follows a son and his elderly father who are forced to live together during the Covid-19 lockdown period in a flat, and in Leemtes en Leegheid, a widow in her 70s struggle to come to terms with the death of her husband.

In Aan/Af, an ordinary guy finds himself in the flat of his elderly German neighbour and discovers that everything in her place is not what it appears to be.

Family relationships are the subject matter of Bennie Bingo, Bittersoet and Sporadies Nomadies - with stories ranging from a lost son whose transformation causes chaos at the family's annual bingo tournament, a grandfather with Alzheimer's who suddenly remembers something while attending the Christmas lunch where the mother already has a problem with her son's gay romance, and a struggling rocker dad who's estranged matric daughter joins him for a road trip.

Pregnancy is the theme of the short films Katvis and Skyn. In Katvis, a couple makes an unusual decision, and in Skyn a struggling waitress ends up pregnant after a drunken night with a stranger in her bed.

We live in a world where facts and fiction get blurred
In times of uncertainty you need journalism you can trust. For 14 free days, you can have access to a world of in-depth analyses, investigative journalism, top opinions and a range of features. Journalism strengthens democracy. Invest in the future today. Thereafter you will be billed R75 per month. You can cancel anytime and if you cancel within 14 days you won't be billed.
Subscribe to News24
Next on Channel24
10th Silwerskerm Festival: How Covid-19 forced story worlds and casts smaller – but made film ideas bigger