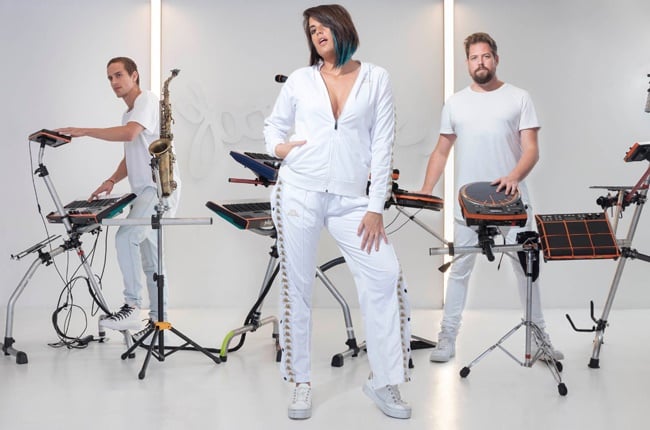 Electropop band GoodLuck are getting ready to release their first unplugged album, stripping down some of their songs to give you something a little different from what they've previously done.

"GoodLuck selected a dream band to go about re-imagining some of their most well-known songs. 'Back in the Day we used to Run' (a play on the original title) is the first single to be released off this Unplugged Album and it is guaranteed to transport you away from the chaos of the world right now," a press statement explains.

In a video shared on YouTube, the band takes fans behind-the-scenes of the album's creation, with members Jules, Ben and Tim, discussing the project.

"Some creative projects take a lot of time and a lot of planning, and this is just one of those things that happened really fast, really organically," Jules says in the video.

Back in the Day We Used to Run was released independently on GoodLuck's own label and in partnership with The Kartell in the UK.

The song is available on all major music streaming services.

We live in a world where facts and fiction get blurred
In times of uncertainty you need journalism you can trust. For only R75 per month, you have access to a world of in-depth analyses, investigative journalism, top opinions and a range of features. Journalism strengthens democracy. Invest in the future today.
Subscribe to News24
Related Links
Blue Ivy bags her first Grammy nomination
WATCH | David Hasselhoff has released his first heavy metal track
Next on Channel24
LISTEN | Former Idols SA winner Sasha-Lee Davids is back with new music