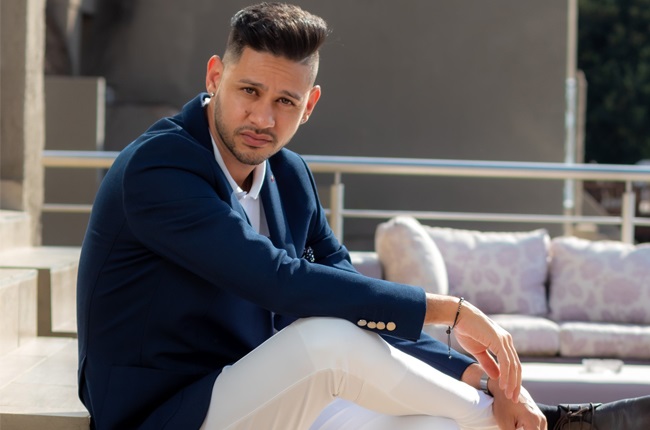 Recorded over a decade ago, Steven says the song was "written and produced by Wyclef Jean" alongside producer Jerry Wonda, with Fergie "involved in the vocal production".

"It was so awesome to watch him [Wyclef] work," he tells Channel24.

The opportunity to collaborate with Wyclef and Fergie came along in 2010 when Steven entered "Motorokr Star", a talent search competition by Motorola. "I actually found out from friends of mine that heard it [the competition] being promoted on a radio station," Steven says. "The entry process was a video you had to upload, and people voted for their favourites. There were thousands of entries, and the Top 10 were chosen by the judges, Wyclef and his panel. They chose me!! Jerry Wonda said I reminded him a bit of Michael Jackson.

"The prize was to fly to New York all expenses paid and do a song with Wyclef Jean and Fergie," he explains.

So why the long wait?

The singer says the release of the single was hindered by many obstacles - one being the long task of trying to gain the rights to the track.

Of course, you may also remember Steven as a former member of the group FOUR, who won X Factor SA in 2014. Taking part in the reality singing competition also put plans of releasing the Wyclef and Fergie collab on hold, he reveals.

About recording the track, Steven says it was "just a vibe in studio".

"Everyone actually came back from Holiday feeling like they needed more. So, the song took that direction."

Listen to the track below:

"It was an incredible experience; I mean, these are worldwide superstars and learning and actually being there in person was awesome," says Steven, adding: "In 20 minutes, Wyclef made me feel like we knew each other for years!"

As for Fergie, he recalls her being "very soft and sweet".

The Big Girls Don't Cry singer also shared some advice with the SA star. "She basically told me how a lot is based on your tone of your voice. She said I have a great tone, and I must use it wisely, especially with recording in studio.

"She also told me about branding myself and figuring out how to use my voice to the best of my ability."