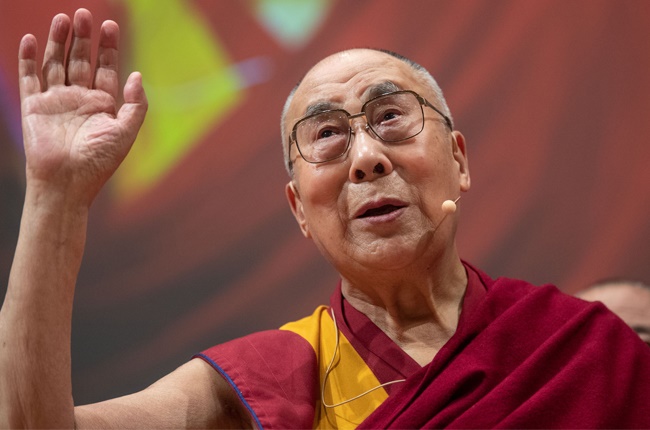 The Dalai Lama will release an 11-track album for his 85th birthday.
Photo: Picture Alliance/Getty Images

The Dalai Lama will be venturing into the world of music and releasing his very first album for his 85th birthday on 6 July.

According to Rolling Stone, the album, titled Inner World, includes 11 tracks that "mixes mantras and chants with newly composed music".

To give audiences a taste of what's to come, His Holiness has released a track called Compassion which is based on a well-known Buddhist prayer.

Proceeds from the album will go towards Mind & Life Institute as well as Social, Emotional and Ethical Learning, NME reports.

"Music has the potential to reach many more people with the message that the real source of happiness is warm-heartedness and a concern for others," the Dalai Lama is quoted in an Instagram post.

"Music has the potential to reach many more people with the message that the real source of happiness is warm-heartedness and a concern for others” - @DalaiLama ?? Listen to “Compassion” now ?? Link in bio

We live in a world where facts and fiction get blurred
In times of uncertainty you need journalism you can trust. For 14 free days, you can have access to a world of in-depth analyses, investigative journalism, top opinions and a range of features. Journalism strengthens democracy. Invest in the future today. Thereafter you will be billed R75 per month. You can cancel anytime and if you cancel within 14 days you won't be billed.
Subscribe to News24
Related Links
BTS fans match K-pop superstars' $1 million Black Lives Matter donation
Lollapalooza 2020 cancelled and Coachella is reportedly next to go
LISTEN: The singer behind Joe Exotic's songs released another track about Carole Baskin
Next on Channel24
R&B singer Kehlani added to Rocking the Daisies lineup