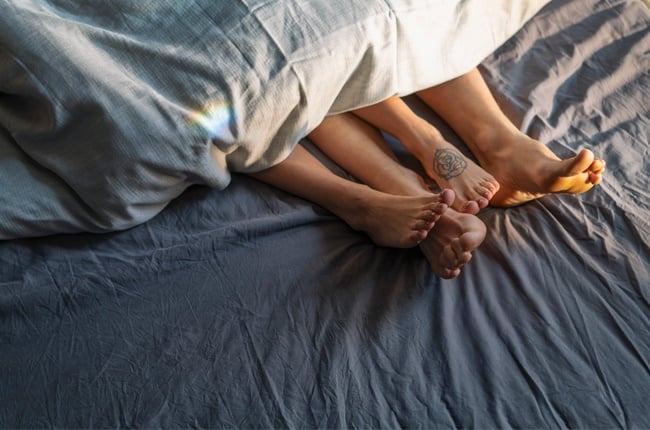 Pour Moi analysed Spotify's data to find out which songs people listen to most during sex.
Photo: Frank and Helena/Getty Images

Lingerie company Pour Moi has rummaged through Spotify's data to find out which songs people listen to most when having sex.

According to a statement, the study "involved analysing over 300,000 songs from playlists such as 'date night', 'getting it on', 'sex playlist' and 'Netflix and chill'."

Taking the top spot on the list was Jeremih's All The Time, followed by The Weeknd's Often.

See the top 10 songs below:

But, Pour Moi did not only focus on sex between couples, the company also wanted to find out what people who are doing the deed solo have been listening to.

90s hit I Touch Myself by Divinyls made the top of that list.

Here are the most popular songs people listen to during solo sex:

1. I Touch Myself - Divinyls

5. SLOW DANCING IN THE DARK - Joji

8. Take on Me - a-ha/Everybody Wants To Rule The World - Tears For Fears

Pour Moi marketing director Maria Ryan said: "We know lockdown has been hard for couples who are still wanting to create a seductive atmosphere, so we hope our research can be both enlightening and inspiring. For couples and singles, we've created two playlists based on our findings so you can slip into something a little more comfortable and enjoy some romantic time with the perfect soundtrack - either with your partner or on your own."

How do they know what people are up to while listening to the music? Well, sometimes it's better not to ask.

We live in a world where facts and fiction get blurred
In times of uncertainty you need journalism you can trust. For 14 free days, you can have access to a world of in-depth analyses, investigative journalism, top opinions and a range of features. Journalism strengthens democracy. Invest in the future today. Thereafter you will be billed R75 per month. You can cancel anytime and if you cancel within 14 days you won't be billed.
Subscribe to News24
Related Links
WATCH: Daniel Baron's 'All I See' music video features a bunch of famous faces
This 8-hour non-stop virtual music festival will raise funds to provide face masks for those in need
Multichoice opens JOOX VIP to lower-tiered DStv subscribers for 3 months
Next on Channel24
WATCH | Top 10 Britney Spears collaborations