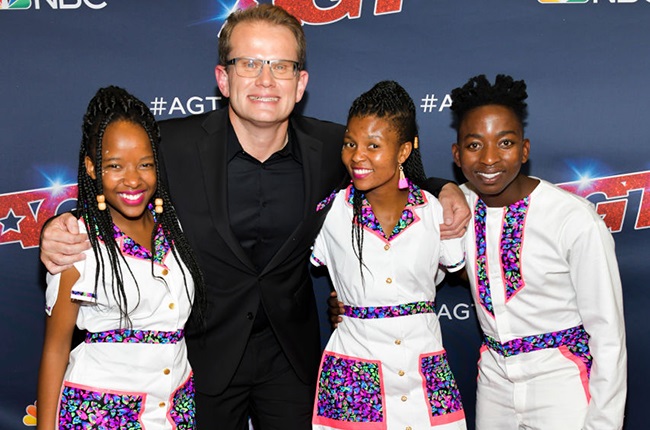 The choir was invited to compete in the show's All-Stars spin-off that sees previous season contestants return for another shot at becoming champions.

The singers and their conductor Ralf Schmitt took to the AGT stage during Tuesday's episode to perform an original song called We Will Rise, described as a song about "the resilience of the human spirit".

Ahead of their performance, judge Simon Cowell said: "We used you as a reference for some of the best choirs we've ever had," with fellow judge Howie Mandel adding: "This is my favourite choir that has ever been on AGT."

After giving an emotional performance, Ndlovu Youth Choir received praise from the judges, with Heidi Klum saying: "This was my first time with you guys, and I loved it. I loved how vibrant you are inside and out. I loved it."

Mandel compared the performance to "a finished Broadway show". Cowell agreed, commending the choir for choosing to perform an original song.

Following their stage appearance, Schmitt shared the video on Twitter sharing his pride in the choir.

"I'm exceptionally proud of the entire Ndlovu Youth Choir team. You guys brought the house down! It was great being back on AGT, and we're truly humbled by the incredible response to our performance."

American singer Stevie Nicks also praised the choir on Twitter, congratulating them on their "brilliant and moving" performance.

"It made me feel like maybe – someday, with your help – the whole world will rise again. You are the world!"

The Fleetwood Mac frontwoman ended her message by asking the choir if she could join.

We live in a world where facts and fiction get blurred
In times of uncertainty you need journalism you can trust. For 14 free days, you can have access to a world of in-depth analyses, investigative journalism, top opinions and a range of features. Journalism strengthens democracy. Invest in the future today. Thereafter you will be billed R75 per month. You can cancel anytime and if you cancel within 14 days you won't be billed.
Subscribe to News24
Next on Life
Panic! At the Disco break up as Brendon Urie announces he is going to be a dad