Why Joburg is a big deal for Laura Mvula

Johannesburg - “How’s Italy?” I ask award-winning British singer/songwriter Laura Mvula over the phone. The Phenomenal Woman star is there to perform with an orchestra in the mountainous town of Matera.

“Really cold and I’m moody. I don’t do well with cold weather,” she replies in her silky, clipped British accent.

I tell her Jozi should be hot when she arrives to headline, alongside Solange Knowles, the first Afropunk Fest Joburg, the highest rated new year’s event in the city.

“I’m so excited,” she replies.

But she’s anticipating more than the weather. She’s looking for a fresh start, a new chapter.

“I have been at home in London the past few months, being a hermit,” she says of her hiatus after last year’s release of her second album The Dreaming Room.

Mvula, who shot to fame with debut album Sing to the Moon and its politically charged hit It’s Alright, used the new album to come out about the collapse of her marriage to Zambian-born musician Themba Mvula who she met at music school, and about her battle with depression and crippling anxiety attacks.

But change is in the air and South Africa holds a particular place in her heart.

It’s here, in the Western Cape town of Montagu, where she shot her first music video, for the soul-stirring track She.

“I was working with a South African director who lives in London ... I will never forget the drive to Montagu. I had never seen a place like that before and I just knew it was the beginning of a new season in my life.”

Raised in church choirs and drawn to jazz ensembles, Mvula worked as a receptionist until She shot her into the limelight as one of a new school of black women artists defining the new pop.

When she played at the Cape Town International Jazz Festival earlier this year, her fans told her she had to play at Joburg – a very different scene.

“My hunch,” she says, “is that Afropunk will again mark something special, a change in my life ... After the year I’ve had – the plethora of bullshit that life offers us human beings – I’m ready for a massive change.”

She takes her fourth appearance at an Afropunk festival – after New York, London and Paris – “very, very, very seriously”.

For her, the 15-year-old festival is a safe space that celebrates black life and multicultural expression for less commercial artists.

“It’s probably the only movement I identify with at the moment. In it I feel accepted, given room to grow.”

How does she find negotiating her travels and life as a black woman in a racist society?

“I think the more I express myself, the more people are scared of me. You know in the beginning I think I was subconsciously trying not to be too black. I was thinking the other day that my first appearance on The Graham Norton Show, I wore all white – quite demure. The other day I was on again in black feathers and a cape with extremely shaven hair...”

She is “learning to rewrite my own narrative” and her first trip to Joburg is symbolic.

“You know what? After this period of clarity and liberation and embracing the stigma of mental health, I’m ready.”

Afropunk Fest Joburg is happening at Constitution Hill on December 30 and 31. Tickets are available at afropunkfest.com.

Related Links
Nandi Madida to host Afropunk Joburg
You can play on the same stage as Solange
DStv Franschhoek Bastille Festival: A word from the CEO
Share
Next on Channel24
Keke Palmer announced as 2020 VMAs host 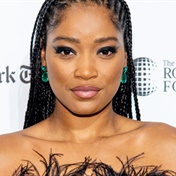