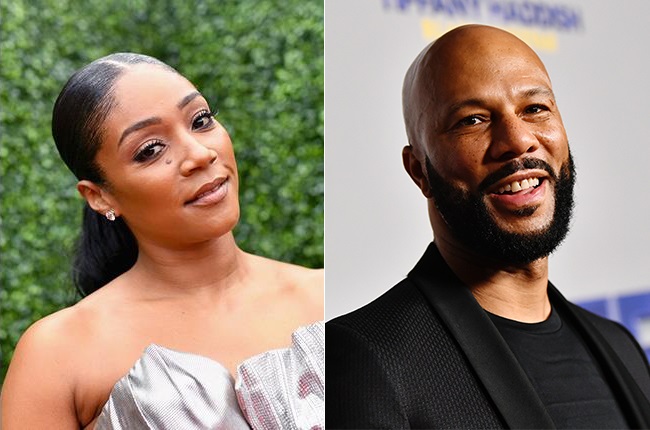 Tiffany Haddish and Common have split after a year together.

The Night School star confirmed her relationship with the rapper and actor in August 2020, but a source tells People the two have since decided to end things.

"They are never in the same city together, and both of them are just too busy for a serious relationship," the insider says.

The couple met on the set of the 2019 film The Kitchen, but remained friends for a long time. When the comedian confirmed their relationship, she revealed it was after a virtual Bumble date in April 2020 that things got a little more romantic between the stars.