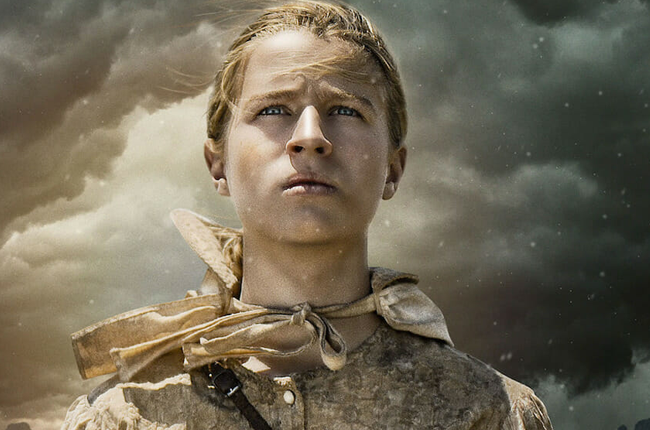 There are some movies you already know the ending of: The Assassination of Jesse James (he dies, like the title says), Zodiac (he still hasn't been caught), Apollo 13 (the crew returns to earth safely) and Titanic (it sinks).

The same goes for Die Verhaal van Racheltjie de Beer (The Story of Racheltjie de Beer, now streaming on Showmax) - spoiler alert: she dies in the end. If these all came as big unexpected revelations to you, you really should read more.

And now we have to burst another bubble for South Africans: according to thorough research, the story of Racheltjie is just that - a folktale that was based on the true story of an American girl, Hazel Milner, who saved her two younger siblings from a blizzard by sacrificing her own life. Eugene Marais wrote the story of Racheltjie around 1920. South Africa had just come out of World War I and Afrikaners needed a hero to inspire them.

In its most basic form, the storyline goes as follows: It is somewhere in the 1800s and the De Beer family (Racheltjie, her dad, her little brother and a calf named Frikkie) are travelling alone by ox wagon when it breaks down in the eastern Free State. They seek shelter at a local farmhouse. It happens to be one of the worst winters in five decades, and dark, snow-laden clouds roll in over the Drakensberg. Tragedy strikes when Frikkie goes AWOL. And we all know Racheltjie’s fate.

So what’s the point of watching a movie when you know the ending already? Because this drama is so much more than that. For one thing, the cast is a who’s who of Afrikaans talent: distressed single father Herman de Beer is played by Stian Bam, who won Best Actor for his role at the 2019 Silwerskerm Film Festival. He’s struggling in the aftermath of his wife’s suicide shortly after the birth of Racheltjie’s little brother, and has forbidden his children to talk about her.

Sandra Prinsloo is Jacoba, the farmer’s wife, who seems to be in the advanced stages of Alzheimer’s, but is the only one who correctly guesses where Racheltjie has disappeared to. Antoinette Louw plays the farmer’s daughter, Sara, who is a mother figure to the young girl. But the big news is of course, Racheltjie herself, played by newcomer Zonika de Vries, who took last year’s Young Actress Award at the Silwerskerm Festival.

A sense of foreboding

The Story of Racheltjie de Beer, directed by Matthys Boshoff and based on the novel by Brett Michael Innes, who co-wrote the screenplay, is brilliantly crafted and assembled in an unusual way. Having won both the Production Design and Visual Effects awards at last year’s Silwerskerm Festival as well as a Golden Horn for Cinematography at the 2020 SAFTAs, it’s loaded with foreboding and almost fantasy-like clues that anticipate the ending. Plants have mystical qualities, as Racheltjie teaches her brother: rosemary is for remembrance, proteas are for bravery, and nightshade is death. And then there’s Lazarus (Sputla Sebogodi), the farmhand whose name has a crystal-clear connotation.

The most dramatic element of this movie has to be the ever-present, growing storm. It ultimately leads to Herman’s erratic behaviour and decision to leave the farm during the storm, which triggers all the events that lead to Racheltjie’s death.

Each character goes through a transition and that goes for the storm as well as the landscape, which brilliantly transforms from summer to what looks like the last episode of Game of Thrones. The filming, editing, colour treatment and sound design (another two SAFTAs went to the movie for Sound Design and Original Score) are truly something else.

The debate should not be whether the story of Racheltjie de Beer is fiction or not. It’s a tale that has struck a chord with South Africans for generations: just open Google Maps and you’ll find three streets and one school named after her in Pretoria alone. One could rather make the argument that South Africa’s Titanic moment has arrived. We all know the ending to this film but we can also really appreciate how they got us there.

Watch this acclaimed movie and more excellent Afrikaans films on Showmax. Stream movies like Kanarie, Die Seemeeu and Vaselinetjie now, and look out for Moffie coming in January 2021 - this moving story of a gay teen drafted into the South African military scored 100% on Rotten Tomatoes.

We live in a world where facts and fiction get blurred
In times of uncertainty you need journalism you can trust. For 14 free days, you can have access to a world of in-depth analyses, investigative journalism, top opinions and a range of features. Journalism strengthens democracy. Invest in the future today. Thereafter you will be billed R75 per month. You can cancel anytime and if you cancel within 14 days you won't be billed.
Subscribe to News24
Next on Channel24
Huawei Launches Intel-powered HUAWEI MateBook D14 Super Device: A Smart, Thin and Light Notebook for Young Consumers