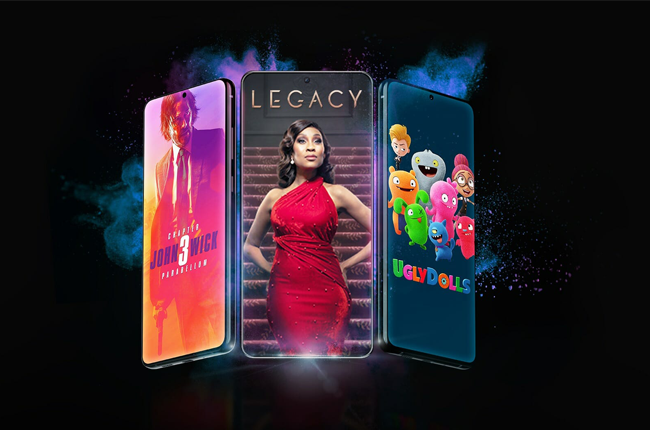 Showmax has partnered with MTN to offer Showmax Mobile customers 1GB of free data, which will allow for up to 10 hours’ worth of streaming the series, movies, kids’ shows and more in the Showmax catalogue, every month until 31 October 2021 on your mobile device.

A Showmax Mobile subscription costs R49 per month and gives subscribers access to the full Showmax catalogue on one mobile device - either a smartphone or tablet.

What’s there to watch on Showmax?

Fans of international series can queue up a mega-binge of the best of HBO, from horror smash Lovecraft Country to Emmy winners Succession and Watchmen. Plus, the new season of Philip Pullman’s His Dark Materials is coming this month, as well as the hotly anticipated P-Valley, featuring strippers, spangles and some seriously dark criminals.

Check out adult animated series from Adult Swim or comedies like Insecure, Bless This Mess or Florida Girls.

Movie fans are spoilt for choice with the slate of action titles, as well as Oscar winners Green Book and Manchester by the Sea (from 23 November).

New documentaries include Hillary, which takes a look at the former Secretary of State and presidential candidate who divided a nation, and Enslaved, a deep dive into the murky history of trans-Atlantic slavery, presented by Samuel L Jackson.

South African series including the latest episodes of Gomora, The River and The Queen, as well as fresh episodes of Suidooster and Legacy.

How do I get this deal?

We live in a world where facts and fiction get blurred
In times of uncertainty you need journalism you can trust. For 14 free days, you can have access to a world of in-depth analyses, investigative journalism, top opinions and a range of features. Journalism strengthens democracy. Invest in the future today. Thereafter you will be billed R75 per month. You can cancel anytime and if you cancel within 14 days you won't be billed.
Subscribe to News24
Related Links
Hillary: The must-watch docu-series amid America’s political mayhem
Now streaming on Showmax, Joko Ya Hao offers a politicised reading of religion
Next on Life
HUAWEI launches new HUAWEI nova 10 Series