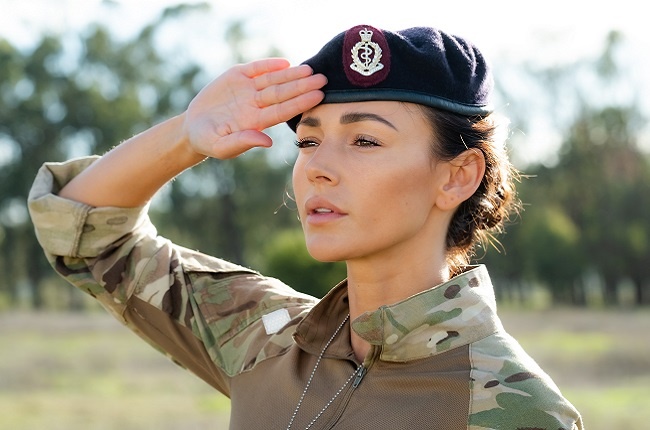 From 1 September, BBC BRIT (DStv channel 120) will be offering viewers a B(R)IT more of the very best shows from the BBC. This includes a selection of premium drama shows, previously broadcast on BBC FIRST, such as Peaky Blinders, Downton Abbey and Riviera.

Kicking off its expanded programming offering from 10 September at 8PM is the latest season of the hit drama Our Girl, which will give fans their final dose of action from Michelle Keegan, who plays Georgie.

This suspense-filled military drama sees her take charge in a role she describes as the most challenging one yet. For many who don’t know, the series is shot in South Africa’s Franschhoek hills and vineyards.

We caught up with Michelle and asked her a few questions about the series, her training and her new favourite spots in the Western Cape.

Tell us about the new series and what fans can expect?

I’m really excited that it's coming back. The audience response has been so positive for the last few seasons and I think Georgie is a character who resonates with viewers. I have absolutely loved playing the role. Fans can be prepared for another incredible series, tears, laugher and action of course as Georgie’s still got unfinished business.

How did you prepare for the role of Georgie?

I attended a boot camp, which was not only about the physical training but also about medic knowledge.  It was interesting to learn so much about the military, the ranking, the jargon and small intricacies like how to stand at command or how to hold a syringe or a weapon.

What is it like working with a mostly male cast?

After working for such a long time with the guys on set, it becomes the norm, you just become one of the lads. Also, preparing for this role took us to a newer level of understanding as you get to see that there is more to being part of the army than just a gender.

Outside of filming, do you spend any time together as a cast and what do you like to do?

After all the hours we spend filming and away from home it’s important that we destress and spend time doing other things. Like going out for drinks in the evenings while here in this beautiful city (Western Cape) or just watching series together. Weirdly enough, even outside of our physically demanding days on set we still like to gym and train, so we do that most mornings.

What are some of the most memorable moments on set?

We have a lot of fun together and the guys often play pranks on set when we aren’t being too serious filming. The last prank I can think of, was someone threw freezing water down my back during filming, while I was unaware and in uniform - I won’t lie though this helped me though as it was a hot day. And on other days someone will sneak up on someone else taking a nap in the trailer and speak to them using the megaphone, which is terrifying.' Don’t forget to watch Michelle Keegan on Our Girl Season 4 (6 episodes) from Thursday 10th September at 8pm on BBC BRIT, DStv Channel 120, and on DStv Catch Up.

We live in a world where facts and fiction get blurred
In times of uncertainty you need journalism you can trust. For only R75 per month, you have access to a world of in-depth analyses, investigative journalism, top opinions and a range of features. Journalism strengthens democracy. Invest in the future today.
Subscribe to News24
Next on Channel24
The top TV villains on South African TV we love to hate