Besides the unfiltered authenticity of the show, another aspect about Life With Kelly Khumalo we appreciate is the amount of work and effort that is invested in making Kelly look amazing.

And all the credit is due to fashion creative and stylist Lesego Kgosimolao, founder of the style consultancy Advice by Kgosilesego.

Lesego, who is affectionately known as Kgosi, is no stranger to working with the who's who of the entertainment and fashion industries. From collaborating with A-listers such as Bonang Matheba for her Being Bonang reality show to assisting Solange Knowles with her wardrobe for the 2019 Afro-Punk concert, Lesego's portfolio of work is definitely star-studded.

The fashion in Life With Kelly Khumalo

The launch of Life With Kelly Khumalo has once again solidified Lesego as the go-to stylist and fashion creative in South Africa.

While many of us watched the first six episodes of Life With Kelly Khumalo for the intimacy of getting a glimpse into her real life, her diary sessions also caught the attention of those who appreciate a good sense of style.

The outfit that Kelly wore on Ep4????yoh Jesus son of God.That woman is all sorts of sauce for a woman with two kids??#LifeWithKellyKhumalo

Kelly On her diary sessions, Category is FASHION GIRL #LifeWithKellyKhumalo

We had the pleasure of chatting to Lesego as he walked us through the inspiration behind the outfits worn by Kelly during her diary sessions. Here's what he had to say. “Throughout the entire diary sessions, what I wanted to do is balance her glam looks as far as the episodes are concerned. So with this outfit, I wanted Kelly to look a bit more youthful and trendy. I'm not big on current trends, but I always try to incorporate the trends in my way so people don't feel as though the fashion is outdated. We were definitely going for a youthful funky look with both the hair and overall outfit.” “The jean to jean outfit is inspired by the glitz and glam of Hollywood culture. I just thought that if she were to jump on an international show to do a quick performance, what would she wear? And for me, this look is definitely it. I also wanted to give Kelly a more elevated denim outfit, an outfit that screams diva! I think we managed to convey that by finding pieces that have Swarovski crystals and sparkles on them.” 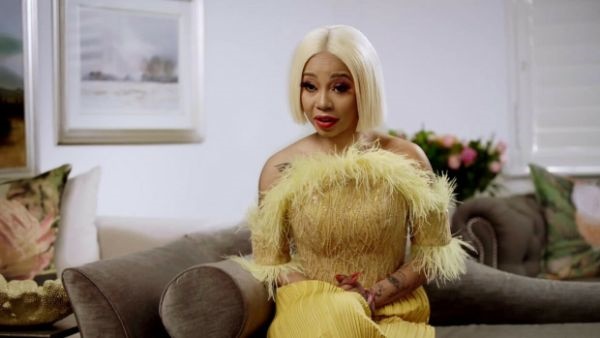 “With this outfit, I wanted to bring a bit of drama without overdoing it. When watching the episodes, I knew that I had to give Kelly two outfits that would also come across as dramatic as the content on the show. I wanted a dramatic wow-factor to come across from this piece. The look demands a lot of attention and the colour is perfect. I also knew that this was going to play nicely towards the end of winter to spring trends.” “This dress is all about being sexy yet classy. I wanted a balance between the two elements. I also needed to prove to Kelly that she's still got it! She's still a sexy mommy of two who knows how to work a little black dress.” “As much as I want Kelly to look diva-ish and sexy, I also found it important that I give her an outfit that makes her come across as a dignified mother and businesswoman. She needed a dress that had a bit of an edge to it but dignified her as well. For me, this dress did just that. I needed an outfit that would make people take her seriously.” 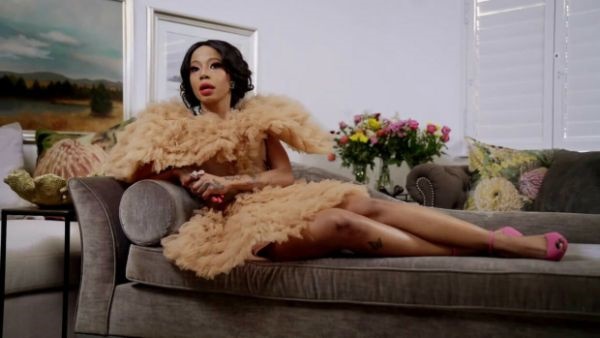 “The aim with this dress is quite simple: I wanted her to be in her vulnerable state but still feel sexy. I was also aiming for an angelic look, hence the off-shoulder piece that made it look as though she could fly.”

Catch what Kelly will be wearing next in the upcoming seven episodes of Life With Kelly Khumalo, landing on Showmax on 27 August 2020. Subscribe to Showmax from R49 per month.

We live in a world where facts and fiction get blurred
In times of uncertainty you need journalism you can trust. For 14 free days, you can have access to a world of in-depth analyses, investigative journalism, top opinions and a range of features. Journalism strengthens democracy. Invest in the future today. Thereafter you will be billed R75 per month. You can cancel anytime and if you cancel within 14 days you won't be billed.
Subscribe to News24
Related Links
Showmax Pro launches in South Africa
How to watch Idols online or on your phone
How to stream safely on Showmax
Next on Channel24
Four reasons why we love the affordable HUAWEI nova Y70 Plus