Plan ahead and watch your favourite shows on DStv when the lights go out. Before load-shedding starts in your neighbourhood, open the DStv Now app (Apple or Android) on your phone or tablet, browse Catch Up and tap the download icon.

Psst: make sure your device is fully charged before Eskom flips the switch!

These season boxsets should keep you occupied:

This comedy about a recovering addict (played by Ron Livingston) has already been renewed for a third season, so best you catch up fast! Boxset available until 20 March. 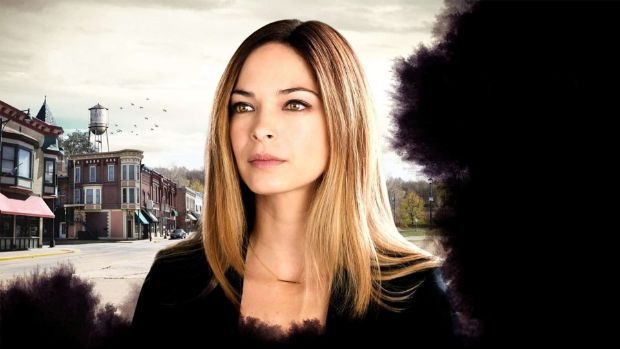 Joanna Chang (Kristin Kreuk) may have tried to start a new life in season one of this legal drama, but trouble has a way of following her – all of which makes for another intriguing season. There’s a reason this hospital drama is so long-running – it is utterly addictive. Watching Meredith and her friends attempt to balance their love lives while saving actual lives is the best medicine for a stressful day. Watch the boxset Our favourite gang from the 90s returns to the small screen, in an entertaining meta-comedy in which they play themselves launching a reboot of the original series.

Take me back to Beverly Hills The charming Minki van der Westhuizen always has the most interesting chats with the most fascinating people and season four was no exception. Expect to see the likes of everyone from aspiring opera singer Bianca Solomons to radio and TV personality Rozanne Mckenzie.

What do you do when your life needs a shake-up? Swap wives, of course. The concept of wife-swapping may sound bizarre, but the lessons each partner involved learns are insightful and meaningful beyond the obvious entertainment value. Watch the boxset This military legal drama is filled with intriguing cases and heated moments as it follows a former Marine Infantry Officer who becomes a lawyer after being declared medically unfit. The last episode airs on Tuesday 18 February. Download episodes of The Code here. This intriguing thriller about a young girl who is found with no memory and no belongings will have you hooked from the first episode. Strange events just seem to follow her and it’s up to police chief Jo Evans to solve the mystery. The last episode airs on Tuesday 18 February. Start watching

1. First, make sure you are signed up for DStv Now »

2. Download or open the DStv Now app on your phone or tablet (Apple or Android)

5. Go to Downloads, find your show, and hit Play.

We live in a world where facts and fiction get blurred
In times of uncertainty you need journalism you can trust. For 14 free days, you can have access to a world of in-depth analyses, investigative journalism, top opinions and a range of features. Journalism strengthens democracy. Invest in the future today. Thereafter you will be billed R75 per month. You can cancel anytime and if you cancel within 14 days you won't be billed.
Subscribe to News24
Related Links
How to stream Lockdown S5
Watch these 5 Sunday Night Movies any day, any time
Stream Super Rugby’s Super Hero Sunday on Showmax
Next on Channel24
Huawei Launches Intel-powered HUAWEI MateBook D14 Super Device: A Smart, Thin and Light Notebook for Young Consumers