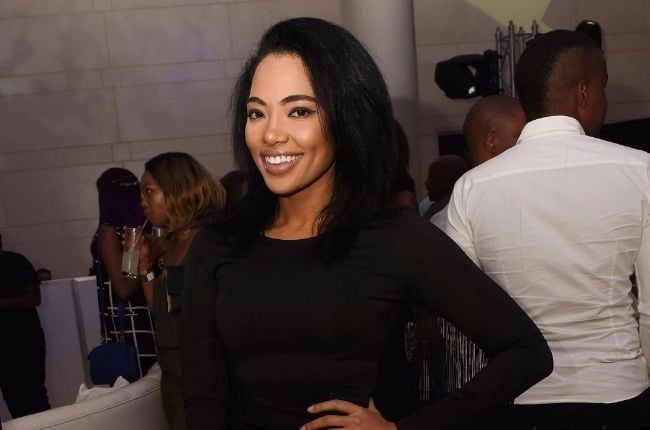 Amanda made the shock revelation in an Instagram video in response to allegations made by Jub Jub on a recent episode of Podcast and Chill with MacG (Macgyver Mukwevho), which premiered on Channel O on Wednesday.

Jub Jub, who is the host of Uyajola 9/9 on Moja Love (DStv 157), was sentenced to 25 years in jail for murder, attempted murder and three related offences in 2012. The murder conviction was overturned in 2014, and he was released on parole in 2017 after serving four years, one month and one day of his reduced 10-year sentence.

"I was raped, physically and emotionally abused for two years by Jub Jub. The only thing I did wrong was keep quiet. But that ends here. I will not be publicly ridiculed by this criminal. Him and Mac G saw it fit to drag my name on their podcast for clout at the cost of amplifying a Gender Based Violence Case,[sic]" Amanda captioned the 18-minute video.

In the episode, Jub Jub said he "smashed" Amanda and that their three-year relationship ended after he cheated on her with singer Kelly Khumalo. According to Jub Jub, he was not interested in a long-term relationship with Kelly, but she seduced him with muti.

Responding to Jub Jub's remarks about their relationship, the Little Big Mouth actor alleged that Jub Jub raped her repeatedly for two years and accused him of attempted murder.

She did not disclose the dates during which the alleged abuse occurred, but according to Jub Jub, the pair dated when "she was still at AFDA".

Amanda also detailed an attempt to open a case of attempted murder and rape against Jub Jub, saying, "our police system failed me".

"I am not afraid of you, and it's wrong what you did," said Amanda to JubJub in the video, adding that she was proud of herself for coming forward and exposing the abuse she endured at his hands.

The 33-year-old also hit back at MacG for encouraging Jub Jub to make offensive remarks about women and using his platform to encourage gender-based violence.

Masechaba, who is the spokesperson for the Minister of Sports, Arts & Culture, Nathi Mthethwa, went on to say: "It happened in Mama Jakie's house in Naturena. He was my boyfriend. I was a teenager. I was a virgin."

I believe @AmandaDupont. Molemo Maarohanye (Jub Jub) raped me too. It happened in Mama Jakie's house in Naturena. He was my boyfriend. I was a teenager. I was a virgin. https://t.co/OcL9zY8YNN

On Thursday, Channel24 reached out to Jub Jub's representatives, who said our request for comment would be sent to the correct department. This article will be updated should more information become available.

MacG, Podcast and Chill, and Amanda du Pont did not respond to a media enquiry at the time of publishing.