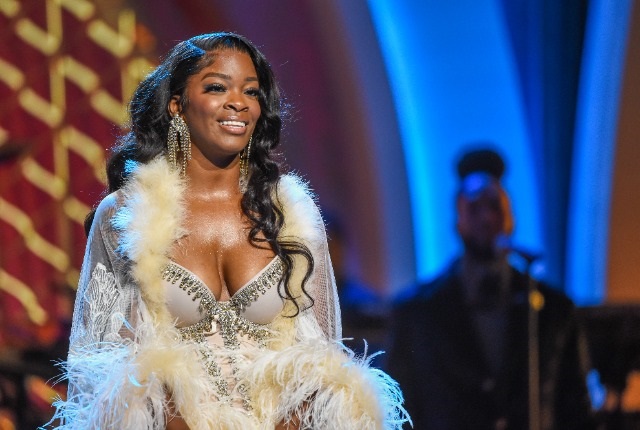 During a recent episode of the host's Podcast and Chill, MacG asked the Pop singer: "Is someone fucking you good right now?"

On Friday, the singer addressed the incident in a series of now-deleted tweets, saying: "I just feel slow and ambushed and blindsighted. Just because I happily and freely sing/write about sex don't make any kind of creepy disrespect warranted. I clearly was in immense shock and hate that I didn't react differently."

According to Ari, she had also requested that certain parts of the interview be removed, but it was not "destroyed like the team promised."

"...never in my life been asked such a distasteful and predatory question. Regardless of what the hell i wrote don't give you losers the right to justify the disrespect, [sic]" she responded in part to one Twitter user, who suggested that she was only caught off guard because she did not write the lyrics to the song.

Known for making headlines, 2021 saw the podcast marred by controversy after being dropped by two major sponsors early in the year, following the hosts' "harmful and offensive" remarks about the LGBTQI+ community.

Later that year, Amstel withdrew its sponsorship after grossly offensive remarks about a transgender woman were made by the hosts during an episode.

In December, Amanda du Pont made several shock revelations in response to allegations made by Jub Jub (Molemo Maarohany) on an episode that aired on Channel O.

The TV personality accused the musician of rape and murder. Following the revelation, more women have come forward and accused Jub Jub of sexual misconduct.

Jub Jub has since apologised for the lewd comments and inappropriate language he used in the episode.

MacG and his team have not addressed the backlash and did not respond to Channel24's request for comment at the time of publishing.