Are you the next Dwayne 'The Rock' Johnson? WWE is holding tryouts in South Africa 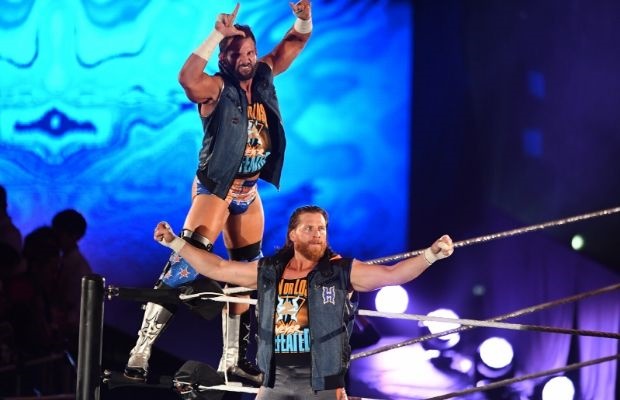 WWE will be holding its first-ever talent tryout in South Africa in search of the next generation of WWE Superstars.

The tryouts will be taking place in Johannesburg in May 2020, during the WWE Live tour of Johannesburg, Durban and Cape Town from 29 April to 2 May.

The two-day tryout will give male and female athletes from South Africa the opportunity to showcase their abilities with the goal being selected to begin training at the state-of-the-art WWE Performance Center in Orlando, Florida, U.S.

"I want to bring those same dynamic, powerful and entertaining qualities from South Africa's best male and female athletes to WWE. My message to every athlete and performer in South Africa is simple: this is your chance to change your life. Take this opportunity to follow your dream and represent South Africa on the global stage as a WWE Superstar," he added.

The official WWE recruitment website at www.wweperformancecenter.com is now open for applications.

Tailored to athletes who are interested in pursuing a career in sports-entertainment, the website features information about the WWE recruitment process and provides a detailed look at what day-to-day life is like for and members of the WWE Performance Center roster.

The online hub includes step-by-step instructions on how to apply for the tryout, as well as access to the official application form; an overview of the many resources available to WWE Performance Center recruits.

The tryout in South Africa is the latest example of WWE's global talent recruiting efforts. In recent years, WWE has scouted rugby and soccer players from Europe, kabaddi and kushti athletes from India, and martial artists and boxers from China.

WWE fans can see their favourite WWE Superstars at WWE LIVE on Wednesday, 29 April at Grand Arena Grandwest in Cape Town; Thursday, 30 April at Moses Mabhida Stadium, Durban; and Friday, 1 May and Saturday, 2 May at Ticketpro Dome, Johannesburg.

We live in a world where facts and fiction get blurred
In times of uncertainty you need journalism you can trust. For only R75 per month, you have access to a world of in-depth analyses, investigative journalism, top opinions and a range of features. Journalism strengthens democracy. Invest in the future today.
Subscribe to News24
Related Links
Dwayne Johnson shares sweet message after daughter signs with WWE: 'Carry our family name proudly'
Wrestling superstar 'Big Show' coming to SA for WWE Live
WWE to showcase the first-ever women's match in Saudi Arabia
Next on Channel24
TikTok sensation Tyra Chikocho wins African Social Star at People's Choice Awards