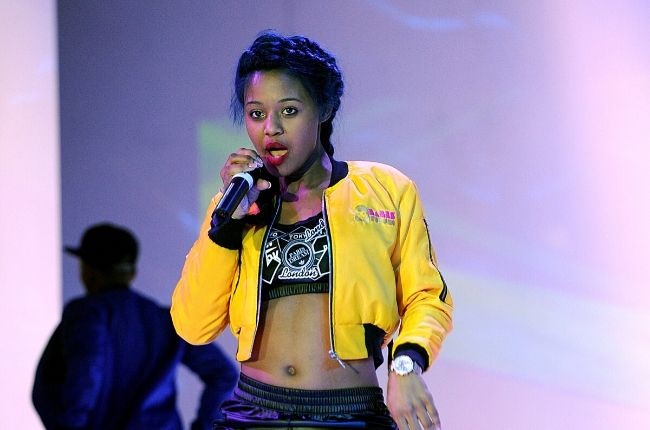 A PR representative has cleared the air after a video clip of Babes Wodumo appearing to resist arrest at a KwaZulu-Natal petrol station went viral on Monday.

In the video, the award-winning gqom artist appears to be in distress as she cries for help while a police officer attempts to get her inside a police vehicle.

Is that Babes Wodumo ?? why is she screaming for help ??‍?? pic.twitter.com/s9qoPygPRZ

Speaking to Channel24 on Wednesday, Nondumiso Simelane said the incident caught on camera by a bystander and circulated online is part of a music video shoot and "we had to make it look real cause we wanted real reactions from the police, and it worked".

According to Nondumiso, who is Babes' sister and PR manager, their team is "over the moon" with the reaction on social media because "it proves Babes has acting skills".

The particular scene circulating online was inspired by the lyrics "Asiwona amaphoyisa saba layikhaya (We are not the police, we are the home)," says Nondumiso, who adds that the creative team wanted to take a different "direction", as the club and street visuals have been overdone in the past.

Nondumiso went on to apologise for "scaring" fans, saying they did not "think people would take it this far". Assuring fans of Babes' safety and wellbeing, she said: "Babes is great."

We live in a world where facts and fiction get blurred
In times of uncertainty you need journalism you can trust. For 14 free days, you can have access to a world of in-depth analyses, investigative journalism, top opinions and a range of features. Journalism strengthens democracy. Invest in the future today. Thereafter you will be billed R75 per month. You can cancel anytime and if you cancel within 14 days you won't be billed.
Subscribe to News24
Next on Life
Idols SA season 11 winner Karabo Mogane pens heartfelt message to wife on first anniversary