Can you guess the real ages of the 'Blood & Water' cast? 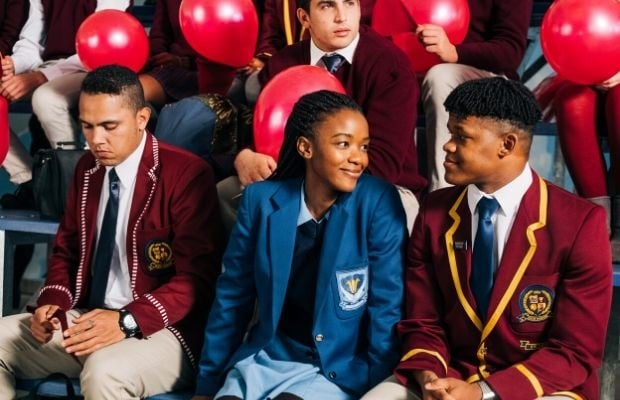 Netflix's second original series Blood & Water is quickly making its way to the top of the streaming trends, with the talented young cast catching the attention of viewers worldwide.

Blood & Water follows the exploits of 16-year-old, Puleng Khumalo played by Ama Qamata, as she investigates the cold case of her abducted-at-birth sister. Puleng's search zooms in on 17-year-old Fikile "Fiks" Bhele, and she devises a plan to get closer to the high school "it-girl."

The coming of age series has a fresh and young cast who make up the popular kids at the fictional Parkhurst College.

We take a look at the real age of the actors and their surprising character age gaps!

Ama has always had a passion for acting and studied Theatre and Performance at the University of Cape Town. She rose to stardom as Buhle in Gomora, and now, makes her global debut as Puleng in Blood & Water.

Blood & Water is Khosi's first major acting role. She plays Fikile - who is at the centre of Puleng's investigation.

You might recognise Thabang from his reoccurring role as Gift Mabuza on The Queen. This time around, the actor and model takes on the role of KB, whose family holds a few secrets of their own...

Dillon, who plays the role of the principal's son Wade, has appeared on Arendsvlei, DanZ! and Sara se Geheim. Wade plays a big part in discovering the truth about Puleng's missing sister.

Natasha first made her acting debut as Enhle on Skeem Saam in 2015 and rose to fame as Amo in The Queen. Natasha plays the ever-inquisitive and meddling editor of the school paper on Blood & Water.

Arno is best known for his role as Krige Vos, a young guy with extensive knowledge of cars, bikes and everything that moves on wheels, in Binnelanders. Arno now plays the role of Chris in Blood & Water, Fikile's best friend who will do anything to protect her, no matter the cost.

Mekaila, who plays the role of Wendy's best friend Tahira in the Netflix original series, is best known for playing 8-Ball in Dominion.

We live in a world where facts and fiction get blurred
In times of uncertainty you need journalism you can trust. For 14 free days, you can have access to a world of in-depth analyses, investigative journalism, top opinions and a range of features. Journalism strengthens democracy. Invest in the future today. Thereafter you will be billed R75 per month. You can cancel anytime and if you cancel within 14 days you won't be billed.
Subscribe to News24
Related Links
Two years after near-fatal accident Sbahle Mpisane shares new photos from ICU
29 South African artists repatriated from Turkey
Remember girl group Jamali? We find out what they’re getting up to now
Next on Channel24
Abdul Khoza stays true to his story