Claudia Henkel sustains concussion after car accident: 'I woke up in an ambulance' "It shows you how life changes in a blink of an eye. Monday morning on my way to a meeting, a man skipped a red robot going at 110 km/h. Slammed into me and I woke up in an ambulance," Claudia captioned a post on Instagram.

Speaking to Channel24 about the incident Claudia said: "I was in the passenger seat with a friend on my way to a meeting when we were struck by another vehicle at a set of traffic lights in Randburg. The previous evening was the SA Style Awards. We had stayed over at the hotel and left early the next morning. We stopped at the traffic light, and the light turned green."

"It hit us at 120km/hour. We were very lucky because the car hit a pole and the pavement, which I think prevented it from flipping," she continued.

"Everything happened in slow motion. I saw the car coming on from the right side. You feel like you want to stop time," Claudia went on to say.

Claudia explained that in the minutes that followed the accident, she was still bent on attending the meeting. "I got out of the car and took my laptop and papers, and asked the tow truck driver to take me to my meeting," she said.

"The paramedics arrived in six and a half minutes, and explained to me that I was still in shock, and moments later, I collapsed and woke up in the ambulance," she said, and praised the paramedics and hospital staff on the quick response and the care she received. 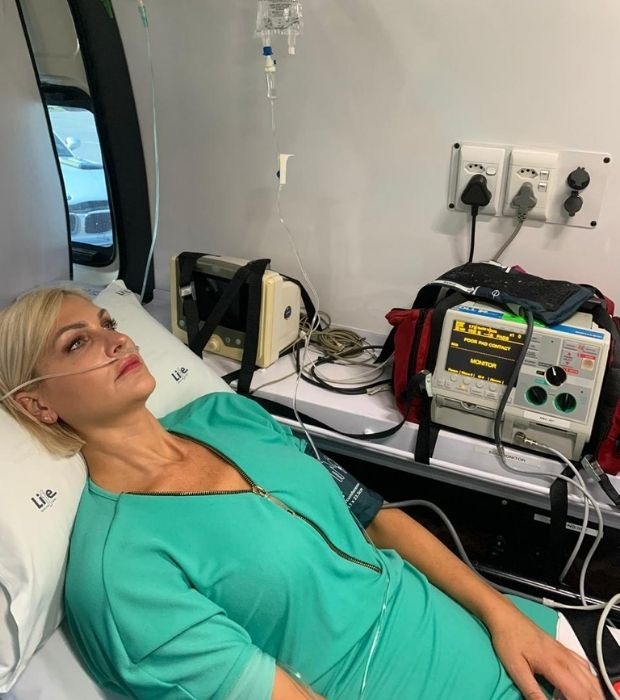 Claudia sustained a neck injury and a concussion following the accident. "I have to wear a neck brace for ten days and have to take it easy," she said.

"I also sustained bruises, especially on my knees because my legs are so damn long and hit the dashboard," she said lightheartedly.

The mother of two is currently recuperating with family.

We live in a world where facts and fiction get blurred
In times of uncertainty you need journalism you can trust. For only R75 per month, you have access to a world of in-depth analyses, investigative journalism, top opinions and a range of features. Journalism strengthens democracy. Invest in the future today.
Subscribe to News24
Related Links
PHOTOS | Shudufhadzo Musida's inspiring reign as Miss South Africa - so far!
Memorial and funeral service details for Mshoza confirmed
Trevor Noah and Minka Kelly reportedly house hunting together
Next on Channel24
PHOTOS | Remembering iconic jazz artist Jonas Gwangwa