Comic Con is headed to Cape Town in 2023 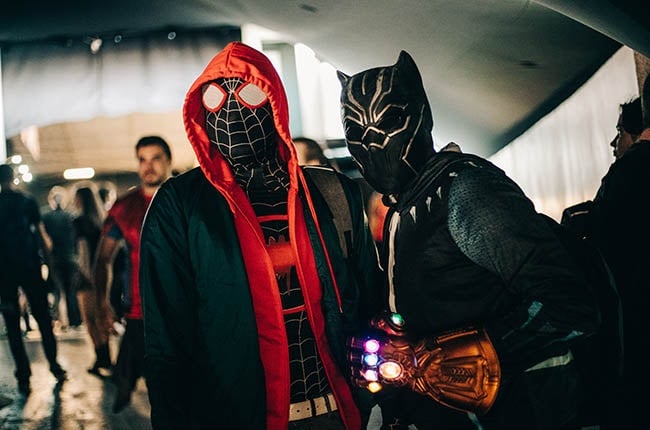 Capetonians, dust off your superhero costumes, review your wish list of collectables, and get your gaming on - Comic Con Cape Town is headed your way!

With the return of Comic Con Africa this September in Johannesburg, the festival will branch out to its fans in Cape Town from 27 to 29 April 2023 at the world-class DHL Stadium.

Together, they plan to create a combined event in 2023 that will be a celebration unlike anything Cape Town has ever seen.

"FanCon has grown from strength to strength since its launch in 2016. Partnering with Comic Con Cape Town enables us to create a bigger and even more awesome event that will reinvigorate the pop culture community in the province," said Nizar Abrahams, event organiser at FanCon.

"FanCon will be focusing especially on managing the already hugely popular artist alley at the show, and we will continue our role of bringing top-class international and local comic creators to our shores," Abrahams added.

Attendees can look forward to a mind-blowing weekend filled with fun and excitement that will cater to enthusiasts, newcomers, and families alike.

What to look forward to:

"Following all the chaos caused by the pandemic over the past few years, we cannot wait to treat the Western Cape with the mother of all events that celebrate geek and pop culture. We are excited to work with FanCon, who are passionate about the community and have the same vision for the growth of a Cape Town pop culture festival," said Rene Staack, Comic Con Africa General Manager.

Having worked collaboratively before, The City of Cape Town has pledged its commitment to supporting the organisers in making this a truly world-class event.

"The impact of such a big event coming to town is that it will benefit fans of the genre, but most importantly, it allows ordinary citizens to gain access to jobs and is an opportunity to highlight the creative sector's limitless potential," said JP Smith, the City of Cape Town's Mayoral Committee Member for Safety and Security.

We live in a world where facts and fiction get blurred
In times of uncertainty you need journalism you can trust. For 14 free days, you can have access to a world of in-depth analyses, investigative journalism, top opinions and a range of features. Journalism strengthens democracy. Invest in the future today. Thereafter you will be billed R75 per month. You can cancel anytime and if you cancel within 14 days you won't be billed.
Subscribe to News24
Next on Life
Somizi Mhlongo's big plans for his 50th birthday