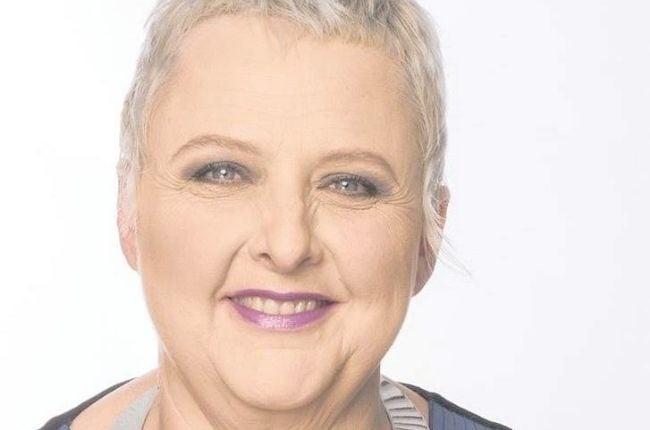 For decades - at both the SABC and later MultiChoice - the highly-respected and beloved South African TV executive held sway behind the scenes as the single-most powerful and influential TV decision-maker in the country.

Through her aggregator role and in deciding what TV channels DStv would add in carriage agreements, continue to carry - or not - Aletta, in her extremely pivotal position, curated not just what TV content South Africans but African audiences at large across sub-Saharan Africa got to see on their TV sets.

As the head of content and third-party channels at Africa's largest pay-TV operator, Aletta - who as a young person dreamt of one day working at a circus - had a remarkable career within South Africa's TV industry.  She was involved in TV production, television branding and marketing, content management and television business management for decades.

"MultiChoice is deeply saddened by the news of the passing of Aletta Alberts, MultiChoice's head of content and third-party channels," MultiChoice told Channel24 on Tuesday.

"Aletta worked for MultiChoice for more than 15 years playing an important role in the development of our content strategy. Her dedication and commitment has been an integral part of our success and growth."

"Aletta's knowledge of the industry and her passion for content is widely known and respected in the local and international television community. Aletta was a prolific storyteller and she knew how to command an audience with her great sense of humour and her love for TV which she lived and breathed. She will be dearly missed."

"Aletta leaves behind her mother, siblings and nieces. MultiChoice extends its heartfelt condolences to Aletta's family, friends and colleagues. May they find strength and peace during this difficult time."

Aletta's career in South African television started as a production secretary in the late 1980s, after completing a BA Drama degree at the North-West University. She graduated to assistant producer and then producer.

After a decade of working on South Africa's biggest live productions and award-winning variety shows, she was appointed as SABC2's programme manager at the SABC, and two years later became SABC2 channel head.

She left SABC2 to join Vodacom, where she pioneered mobile TV and launched 16 streaming TV channels on Vodacom's 3G network, Vodafone Live. Aletta joined MultiChoice in 2006 as general manager of content, acquiring and aggregating content and TV channels from across the world for DStv subscribers over the past 15 years.

She led everything from content and bouquet strategies, channel acquisitions, commissioning and negotiations, oversaw channel performance management, pay-TV bouquet management and DStv Catch Up propositions across all DStv services and devices.

The unassuming Aletta, who always had other TV execs gravitating into her orbit, quietly amassed the best industry executive contacts of local and international TV movers and shakers - including the most comprehensive contact list of anyone in the TV biz.

With her open door policy and unrivaled passion for television and content, as well as spotting TV talent in front of and behind-the-scenes, there's hardly anybody in South Africa's TV industry who wouldn't have reached some form of success without having met or interacted with her at some point in their careers.

As a TV polyglot, Aletta watched a lot of television and watched everything across genres.

Aletta was as comfortable discussing the latest BBC Earth documentary series as she would be about the shenanigans of the Kardashians on E!, a new reality series on M-Net, or something on BET, MTV, FOX, the debut of Korean telenovelas, or the content across a flurry of other local or international TV channels.

We live in a world where facts and fiction get blurred
In times of uncertainty you need journalism you can trust. For only R75 per month, you have access to a world of in-depth analyses, investigative journalism, top opinions and a range of features. Journalism strengthens democracy. Invest in the future today.
Subscribe to News24
Next on Channel24
Heinz Winckler reportedly questions school's decision to support transgender student