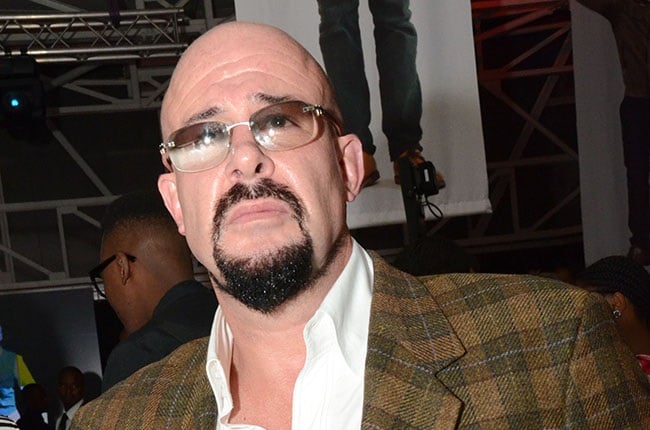 "I think I could write a book about this guy, a very beautiful book."

These were the words of Mduduzi Mabaso as he tried to sum up the type of person his former colleague and friend Jamie Bartlett was when he spoke to Channel24 on Tuesday.

News of Bartlett's death sent shockwaves across the entertainment industry and country. The 55-year-old award-winning actor died on Monday.

"I will always miss Jamie, and I always respect him. I just thank him for the craft, the wisdom, the talent, and how he respected his craft," Mabaso added.

The award-winning actors worked alongside each other in the now-defunct e.tv soapie, Rhythm City.

Mabaso played the character of Suffocate, while Bartlett played that of David Genaro. While the pair ended up being friends in real life, they were foes in the soapie.

"Suffocate, and David were connected by Sbu (a character on the soapie played by Lungile Radu) to do business with each other, but David didn't like that Suffocate came to do business with a bag full of money. He thought Suffocate was a thug, and that stayed with him even when we were out of character, but when he finally came to visit me, he realised that I am a family man," Mabaso said.

This was how the pair cemented their friendship. "We ended up being so close. We weren't even friends; he was like a brother," the Diep City actor added.

"It was a pleasure, it was great, it was like one is at school learning how to do this thing that we say is a calling," he said of working with Bartlett on set.

Another former colleague and friend who spoke fondly of Bartlett was Samkelo Ndlovu, who played the character Lerato.

"It was amazing. It was the first time I experienced such a generous actor. It was fun, it was funny, it was electric, it was amazing, and it felt euphoric, at times, when they would call cut," she said of her experience working with Bartlett.

Ndlovu added that she even watched some of their scenes together when she struggled to sleep in the early hours of Tuesday.

"I looked at the screen, and I said 'wow'. We really were a crazy pair, we really were doing it for the art, and we really went to the extremes that not every actor is willing to go to," she said.

Ndlovu recalled her fondest memories with Bartlett were experienced both on set and as their friendship blossomed.

"With Jay, it was so easy to allow that to happen because we had no ulterior motives. It had no agenda – it was real, it was a friendship, so my fondest memories of us are definitely onset and going out and having a great time," Ndlovu said.

Several other former cast members of the soapie took to social media to pay tribute to the legendary actor.

Bartlett starred in the soapie from July 2007 until he left in July 2021. Most recently, he played the character of Piet in the eVOD original comedy Piets Sake.

Before Rhythm City, he played the character of Mike O'Reilly in Isidingo on SABC 3. He was also a judge on seasons 7 and 8 of SA's Got Talent on e.tv.

We live in a world where facts and fiction get blurred
In times of uncertainty you need journalism you can trust. For 14 free days, you can have access to a world of in-depth analyses, investigative journalism, top opinions and a range of features. Journalism strengthens democracy. Invest in the future today. Thereafter you will be billed R75 per month. You can cancel anytime and if you cancel within 14 days you won't be billed.
Subscribe to News24
Next on Channel24
Caster Semenya and wife Violet celebrate 'miracle' baby on third birthday