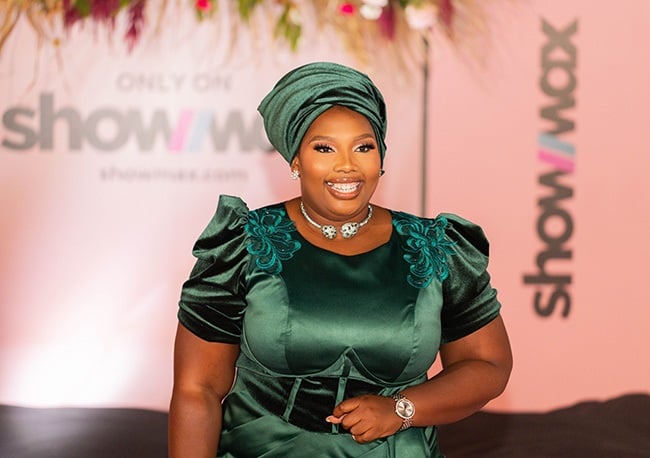 Nonkanyiso 'LaConco' Conco was thrust into the spotlight several years ago when it was revealed she was former president Jacob Zuma's latest love interest.

Shortly after that, it was revealed that she was expecting her first child with the former statesman.

Since then, she has continued to make headlines because of her relationship with Zuma and her "secretive" life.

Most recently, she found herself in the hot seat when her fellow cast members on the Real Housewives of Durban said they felt uncomfortable around her and sharing information about their lives because she was secretive about her life.

In a recent Mother's Day sit-down interview with media personality Olwethu Leshabane on her Art of Superwoman YouTube page, LaConco opens up about why she lives life with her cards so close to her chest and shares details about her childhood.

In addressing why she lives a life that appears to be private, LaConco told Olwethu that she is not secretive about her life but cautious instead.

She also said that she has been a cautious person since childhood, but added that it was her relationship with Zuma that heightened her cautious ways.

In the interview, she said that she was particularly cautious about herself on the reality show because of her four-year-old son. LaConco added she did this for her son because she was mindful that she would one day have to answer to him for how she represented both of them.

"I'm okay with that [people saying I am secretive], rather than compromising certain things," Laconco told Olwethu.

According to her, in her discussions with the team behind the Real Housewives of Durban, she was not cast to speak about her relationship with the statesman.

During season 2 of the reality show, her fellow castmates and social media users grew increasingly curious about her life because they felt she was being secretive.

LaConco said even if there were 10 seasons of the show, she would not portray herself any differently.

OTHER INTERESTING INFO FROM THE INTERVIEW:

We live in a world where facts and fiction get blurred
In times of uncertainty you need journalism you can trust. For 14 free days, you can have access to a world of in-depth analyses, investigative journalism, top opinions and a range of features. Journalism strengthens democracy. Invest in the future today. Thereafter you will be billed R75 per month. You can cancel anytime and if you cancel within 14 days you won't be billed.
Subscribe to News24
Next on Channel24
Lamiez Holworthy announced new face of DJ Zinhle’s ERA