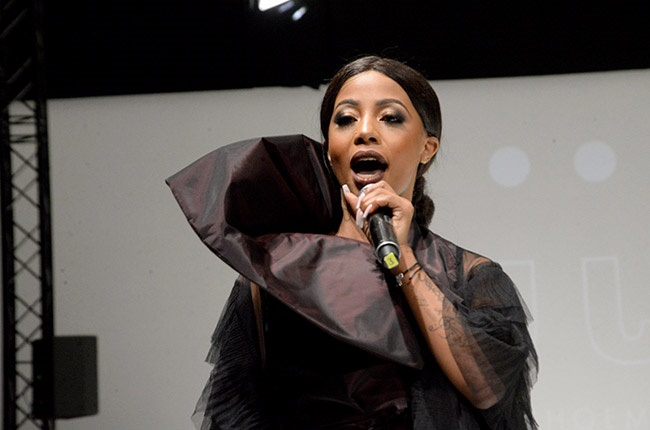 Kelly Khumalo broke her silence about the ongoing Senzo Meyiwa murder trial during a recent interview with Relebogile Mabotaja.

The interview took place during the 702 Unplugged segment during Mabotja's weekday show on the radio station.

"When the time is right, and when God allows, then they will hear my voice. So, whatever noise that they are making has absolutely nothing to do with me," the Empini hitmaker said.

"Whatever personal feelings they have towards me, I feel like it's a projection because this is not the only case that has been a failure when it comes to the South African justice system."

The award-winning singer and reality TV star said the public's frustration because of the delays in the trial of her former lover and father of her second child, Senzo Meyiwa, was something many people were familiar with as many murders went unprosecuted in the country.

Khumalo has received backlash from the public, with some calling for her to be cancelled until there was an answer to who killed Meyiwa.

"I know that there's a cancel community – you cannot cancel what you have created," she said. However, she emphasised that she would eventually share her side of the story.

"When I'm needed, and when the time is right, the world will hear my voice. They will not hear my voice when they feel they should," Khumalo said.

Meyiwa was shot and killed at Khumalo's mother, Ntombi's Vosloorus home in 2014. In the house was Khumalo, her two children, her sister Zandile, Zandile's then-boyfriend Longwe Twala, and two of Meyiwa's friends, Mthokozisi Thwala and Tumelo Madlala.