Lots of glitz and glam but is there cash in being a local social media star? We went digging!

Johannesburg – At some point in this article I will walk you through what happened when I tried to post on Instagram like an influencer for a day. But for now, let me tell you why I decided to write this feature.

A few weeks ago, if you had asked me what an influencer is, I would have probably just said: "It’s someone who’s popular on social media".

But then I watched Netflix's Fyre Festival documentary and that all changed.

I'll give you a quick rundown if you haven't seen it (spoilers up ahead so be careful).

Fyre Festival was a failed music festival founded by Billy McFarland. It was advertised as a luxury experience on a deserted island in the Bahamas. To get the word out about the event, Billy got some of the world's most recognised influencers to take part in an advertisement and later share posts about the festival on their social media pages. This was all it took, and scores of people flocked to the Fyre Festival website to fork out thousands on tickets, not knowing that everything being sold to them – the island, the chalets, the yachts – was nothing but a mere dream.

I was in awe. I had clearly underestimated the power influencers have in society today. Think about it - have you ever gone out and purchased an item because a popular YouTuber listed it as one of their favourites?

Or maybe you've noticed a number of Instagram models seem to be partying at a cool new spot, so you just had to check it out for yourself.

I decided to delve into the world of the influencer to find out what goes on behind-the-scenes of those pretty pictures, captivating videos, and most importantly, if you can actually make money from this in South Africa. Here's what I discovered.

The power of the influencer 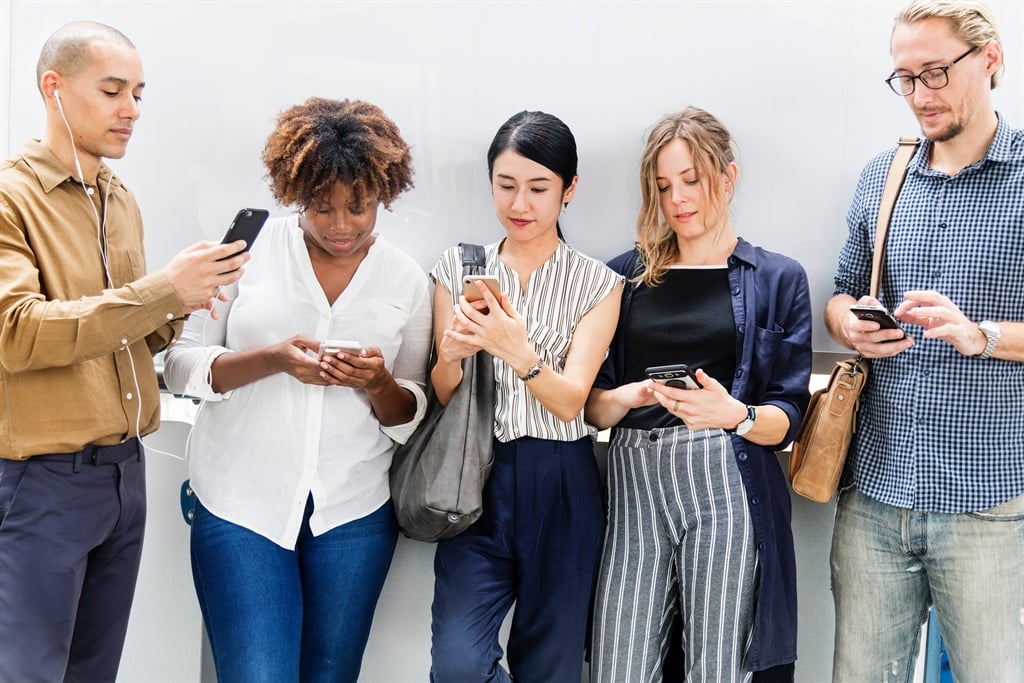 Before we go any further, let's break down exactly what an influencer is. Influencer Marketing Hub calls it: "An individual who has the power to affect purchase decisions of others", while DIY Marketers explains it as: "Anyone who can cause a reaction or impacts the way people feel and think about things."

Both of these explanations come from a new type of marketing company that has surfaced with the rise of social media – influencer marketing. Basically, companies have realised just how powerful influencers are, leading them to hire these social media stars to market their brands.

Pieter Groenewald, CEO of one such company in SA called The Salt, explains exactly how it works. "The reason why it came around is because brands are battling to penetrate tribes."

In this case a "tribe" refers to a certain market or group that a company is targeting with their product.

He goes on to say: "Individuals belong to a tribe. Brands are sitting outside those tribes and they try shouting in with their messages. Then they realised there may be a way to penetrate a tribe through people who already belong to those tribes, and that's where influencer marketing started."

According to Pieter, there's more than one type of influencer – micro influencers, which in the South African market means you've got a following of between 10 000 and 200 000, and macro influencers which are individuals who have soared above the 200 000 mark. Nano influencer refers to the everyday person who may not have a large social media following.

Now that we have an idea of what an influencer is. Let's follow it up with a very popular question I keep hearing. How do I become one?

For this, I had to go straight to the source. I spoke to two of SA's most sought-after influencers – Grant Hinds, a gaming expert with a big YouTube following, and Aqeelah Harron Ally, a popular fashion, lifestyle and beauty blogger.

This is what I asked them:

What does it take?

What I expected to hear was that you just have to be good at taking pictures or recording and editing videos. I assumed it also helped a little if you were already popular IRL. So, I was quite surprised when both Grant and Aqeelah referred to what they do in the same way an entrepreneur would talk about their company.

"It’s building a business," Grant explains. "There's this old cliché that you're a brand and essentially that's the truth, and all brands need to have a business strategy," he stressed this point with a lot of passion.

Aqeelah also tells me about the importance of "having a strategy". "It's definitely something you need to work at all the time."

Both Grant and Aqeelah have spent close to a decade perfecting their brands. It is for this reason that they are able to rely solely on their jobs as influencers for their income. Can you make money from it?

My mother always told me it was rude to ask people about their salaries. So you can imagine how awkward it was for me to bring up this topic. But this was important research that had to be done. Sorry, mother.

I'll let Aqeelah give you the answer to that. "This is what I do full-time and it's been what I've been doing full-time for three years now. The reason I stopped by previous job as a copywriter is because I was earning more from my blog."

The fashionista tells me that she has just secured another branding deal with Canal Walk mall in Cape Town which will take care of her expenses for the rest of the year. Whatever she makes on the side will be an added bonus.

As for Grant, he too says he's making a living from his online presence and he's quite happy.

Aqeelah does, however, tell me about pricing systems that some influencers choose to follow. "Some people say you should charge 10 percent of your following, so if your following is 50 000 you could charge R5000 for your Instagram post. And then other people say you should be charging based on the amount of likes you get. So if you get 1000 likes you should be charging R1000. That's R1 per like." She believes in the 10 percent rule.

Is it easy to become an influencer?

I recall Grant chuckling a bit when these words slipped from my mouth. The short answer is no. 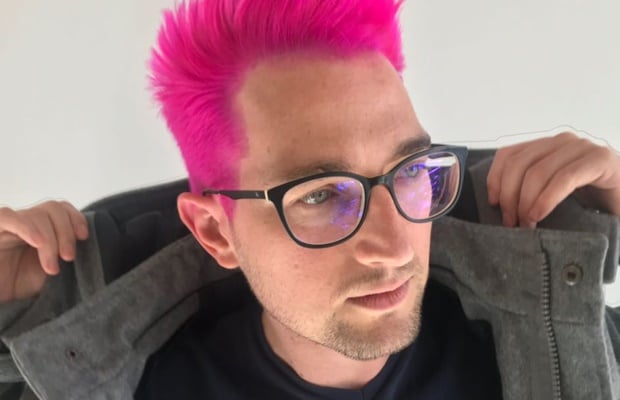 The day I decided to be an influencer

I excel at many things in life. Social media is not one of them. However, I'd be lying if I told you I have not fantasized about what it would be like to live the life of a social media influencer.

Which is why I decided I would give it a go for 24 hours. My Instagram account would be the test subject, popular Instagrammer Chloe Sandberg would be my Mr. Miyagi, and I would take on the role of Daniel.

Chloe has got over 17 000 Instagram followers. She is a model and an aspiring beauty queen. I handed over my phone, allowing her to critique my Instagram account.

Her feedback was as follows: "You need to stay up-to-date, girl. Your last selfie was the 14th of August 2016."

I'll admit, I've been slacking in the selfie department.

She told me that in order to build a following and get more likes on my posts I would have to start sharing more often, making sure that my pictures were high quality. I was also advised to keep the snaps creative and give people a glimpse into my life and what I get up to on a daily basis. My bio needed some work too.

WATCH: A POPULAR MODEL GAVE ME ADVICE ON HOW TO GET MORE LIKES ON INSTAGRAM

So with these tips in mind, I set out to capture the perfect picture. My goal was to see if, within 24 hours, I would get more likes and interaction on the new pictures than I have with previous ones.

THIS WOULD BE THE CONTROL PICTURE: It's my most liked picture on Instagram so far, with 66 likes that was garnered over a period of about two weeks. Sad, I know.

AFTER APPLYING ALL THE TIPS I GOT FROM CHLOE, THIS WAS THE OUTCOME: In a period of 24 hours I had 61 likes. Fewer than my most-liked picture, but taking into consideration that it happened within a shorter time-frame, I'll count that as a win.

To be honest, I did not expect a few hours to make a difference in my social media standing. And it didn't.

But I must say I have a new-found respect for people who are able to share beautiful OOTD (Outfit Of The Day) images every single day. It's hard work. I took over 160 pictures before I got what I thought was the perfect shot.

Besides dealing with odd stares from the people around me as I ventured into gardens and climbed on top of tables, I also had to deal with the added stress of finding the perfect lighting and coming up with different poses, which is a lot more difficult than it sounds.

Though I may not choose to venture into the world of the influencer anytime soon, If you're thinking about it, here's some parting advice from Grant: "Firstly, define why you're doing it. If it's to be a successful business, that's fine, go ahead, but then be serious about approaching it as a business."

We live in a world where facts and fiction get blurred
In times of uncertainty you need journalism you can trust. For 14 free days, you can have access to a world of in-depth analyses, investigative journalism, top opinions and a range of features. Journalism strengthens democracy. Invest in the future today. Thereafter you will be billed R75 per month. You can cancel anytime and if you cancel within 14 days you won't be billed.
Subscribe to News24
Next on Channel24
Caster Semenya welcomes second baby