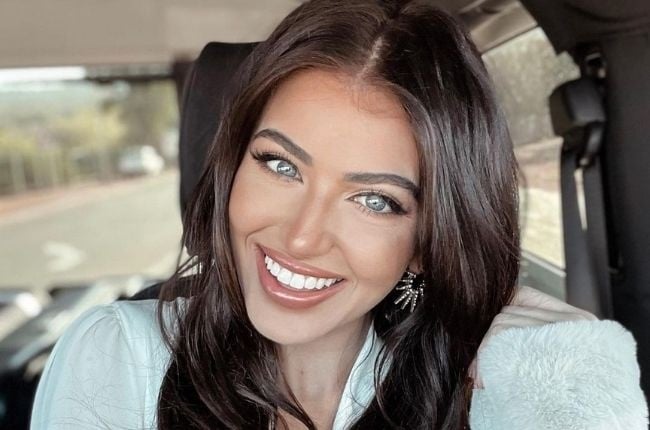 Namibia's Chanique Rabe is back on home soil after being crowned Miss Supranational 2021 in Poland.

The 24-year was crowned the winner at the 12th edition of the prestigious pageant, which was held at the Strzelecki Park Amphitheater, Nowy Sacz, on 21 August 2021.

Chanique beat out 58 contestants from around the world - of which South Africa's Thato Mosehle was crowned second runner-up.

"Landed in Windhoek," the Miss Supranational Namibia Instagram account captioned a video of Chanique's arrival at the airport.

In the video, fans are heard cheering as a musician sings the national anthem. Chanique poses for photos with fans and pageant titleholders as crowds line the street, holding celebratory posters.

Shortly after being crowned the winner, Chanique became a victim of cyberbullying, receiving criticism from upset pageant enthusiasts.

In response, she said in an Instagram post: "I am honoured to be Namibian and to be part of the Miss Supranational family. My country deserves to be heard and to be seen in the international pageant industry, and I couldn't be prouder. Thank you to everyone who accepts me for who I am and for all your love and support."

We live in a world where facts and fiction get blurred
In times of uncertainty you need journalism you can trust. For only R75 per month, you have access to a world of in-depth analyses, investigative journalism, top opinions and a range of features. Journalism strengthens democracy. Invest in the future today.
Subscribe to News24
Next on Channel24
Queen of the desert: Inside the world of camel pageants - with millions at stake