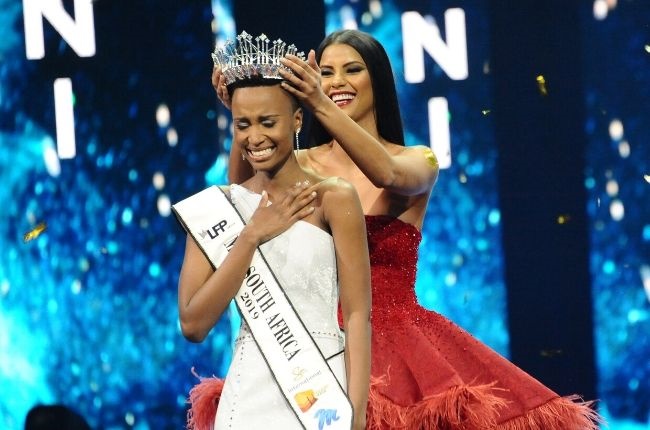 The top 35 is an impressive and diverse group. Among them are two medical doctors, a lawyer, a teacher, a filmmaker, a singer, a fashion designer as well as models, graduates, and students.

These contestants come from across the country - Gauteng has 12 contenders, followed by Kwa-Zulu Natal with six, the Western Cape with five, the Eastern Cape and Free State with four, while North West has two and Limpopo and the Northern Cape each have one entrant.

Three have entered before. They are Miss South Africa 2018 finalist Karishma Ramdev as well as Anarzade Omar and Nkosazana Sibobosi who placed in the top 35 last year.

For the next few weeks, they will be out to impress this year's semi-finalist judges who are broadcaster Anele Mdoda and former Miss South Africa title holders Bokang Montjane-Tshabalala (2010), Liesl Laurie (2015) and Adè van Heerden (2017).

They stepped out boldy and are now ready to face their power and embrace their future! South Africa Introducing your TOP 35! Tag your fav Queen Below. The contestants profiles will be available tonight on our website. #MissSA2020 #FaceYourPower #EmbraceYourFuture #Top35

LEARN MORE ABOUT THE CONTESTANTS HERE (in alphabetical order):

1. Anarzade Omar (21), from Johannesburg South, graduated in strategic communication from the University of Johannesburg and is currently working in marketing. She made the Miss South Africa top 35 last year.

2. Anica Myburgh (27), comes from Bethlehem in the Free State but currently lives in Robertson in the Western Cape. She is a full-time international model with Boss Models and has a degree in BSC Life Science with majors in psychology and physiology and is currently completing a post graduate certificate in education at Unisa.

4. Busisiwe Mmotla (27), comes from Emdeni in Soweto and is a senior and FET phase teacher also studying towards a diploma in personal training at Trifocus Fitness Academy.

5. Carla Peters (20) grew up in Bethelsdorp, Port Elizabeth, but is currently living in Muizenburg, Cape Town. A full-time model at Boss Models Cape Town, she is also a drama student at Rondini Film School.

7. Gabriella Koopman (23) from Sandton, Gauteng, completed her honours in psychology at Stellenbosch University and is currently tutoring her brother at home and hoping to do her masters in clinical psychology in 2022.

8. Jamie Lee Harris (24), comes from Bluff, KZN, but currently resides in Johannesburg. She is a final year law student as well as an entrepreneur and model.

9. Jordan van der Vyver (24) lives in Durbanville in the Western Cape but grew up in Johannesburg. She currently works as an international model signed with Boss Models South Africa.

11. Karabo Legodi (21) from Soweto, Gauteng, is in her second year of a psychology degree at the University of Johannesburg and a full-time model at Boss Models Johannesburg.

12. Karishma Ramdev (25) was born and raised in Chatsworth, KZN, but moved to Pretoria at the age of 18 where she studied and graduated with a MBChB at the University of Pretoria. She is now a qualified medical doctor working in Johannesburg. Karishma was a Miss SA top 12 finalist in 2018.

13. Kayla Neilson (27), is from Meredale, Johannesburg and resides in Randburg. She is a singer/songwriter with Lorac Entertainment, as well as a beauty salon and fashion brand entrepreneur. Kayla is also a commercial model and aspiring actress with Legends Agency.

14. Kea Mokorotlo (21), comes from Bloemfontein in Free State but lives in Johannesburg. She is in her final year studying strategic brand communication at Vega college, Johannesburg and is also a digital content creator on various social media platforms.

15. Lebogang Mahlangu (24), was born and raised in Soshanguve, Pretoria and is currently based in Umhlanga, KZN. She graduated from Stellenbosch University with a BSc. Food Science degree and is currently employed as a product developer.

16. Lerato Manoko Malatji (25) lives in Orange Farm, Gauteng and has a degree in information and knowledge management from the University of Johannesburg. She is also a model with Fabulousdotcom Models.

17. Lerato Siko (24) hails from Potchefstroom in the North West Province and graduated with a B.Com Marketing and Tourism Management degree from the North-West University. She is currently running her own event styling and coordination business L A S Events while also working at A&E Wedding and Function Decor.

18. Lesedi Phala (24) from Pietermaritzburg, KZN, is a final year LLB student at the University of the Free State and is a part-time model at Boss Models.

19. Lindokuhle Mvango (24) is originally from Port Elizabeth in the Eastern Cape but currently lives in George in the Western Cape. She graduated with a higher certificate in business studies from Nelson Mandela University and is pursuing a diploma in logistics management. She is also a part-time model at 33 and me talent agency.

20. Luvé Meyer (23) from Brackenfell, Cape Town, is a psychology graduate and is currently completing her honours degree. She is a full-time model with ICE Genetics.

21. Matsepo Sithole (21) comes from Pietermaritzburg, KZN, and is studying law at the University of Pretoria.

22. Melissa Nayimuli (24) was born in Butterworth in the Eastern Cape but lives in Sunninghill, Johannesburg. She obtained a BA degree in Motion Picture Medium from AFDA in Johannesburg and works as an account manager for a marketing agency.

23. Melvarene Theron (25) from Eldorado Park, Gauteng is an LLB graduate from the University of Johannesburg. She is employed as a legal intern at the Gauteng Department of Roads and Public Transport.

25. Nicole Wilmans (25) is from Stellenbosch and has a degree in fashion design and is currently completing an honours degree.

26. Nkosazana Sibobosi (24), was born in Khayelitsha but now resides in Cape Town and is a creative director and filmmaker who also works as a professional fashion model signed with Boss Models Cape Town. She made the Miss South Africa top 35 last year.

27. Olin-Shae De La Cruz (26) was born and raised in Claremont, Cape Town, but now lives in Bryanston, Johannesburg. She is in her final year of completing her business administration in media operations management degree and works as an account manager for an advertising agency. She is also a netball coach at ActionKidz SA and the co-founder of Swish EP.

28. Olorato Major (24) comes from Warrenton in the Northern Cape but is currently living in Midrand, Gauteng. She recently obtained her private pilot's license at Aeronav Academy and is currently completing her commercial pilot's license. She is also a part time model at PACE Model Artist Management.

29. Palesa Keswa (23) comes from Sasolburg in the Free State and graduated with a B.Com degree in Economics & Risk Management. She is studying for her honours degree in economics.

30. Savannah Schutzler (24) is from Durban KZN but now lives in Rondebosch, Cape Town. She graduated with a BA in Drama and Theatre Studies from Stellenbosch University and received honours in live performance and a diploma in media makeup and styling. She is an actress and online TEFL English Teacher.

31. Sherry Wang (25) from Sunninghill, Johannesburg graduated from Wits University with a BA honours degree in International Relations and is currently working in HR at Hogan Lovells law firm in Sandton.

32. Shevon Pereira (23), comes from Johannesburg, Gauteng and graduated with a degree in B.Com Entrepreneurship through the University of Pretoria. Currently a part-time model at G3 Models and an au pair she also co-owns a small business called Route Products.

33. Shudufhadzo Musida (23), comes from Ha-Masia in Venda, Limpopo, but currently lives in Johannesburg. She graduated with a Bachelor of Social Sciences in Philosophy, Politics, and Economics (PPE) from the University of Pretoria and is currently completing a BA Honours in International Relations at the University of Witwatersrand.

34. Stacy Gossayn (23), is from Viljoenskroon in the Free State and recently graduated from the North-West University with a BSc degree in Human Movement Science and Physiology.

35. Thato Mosehle (25) comes from Stilfontein in the North West. She currently works as a medical doctor at the Klerksdorp Tshepong hospital complex and is a part-time makeup student at the Beauty Therapy Institute in Bloemfontein.

A top 16 will be announced at a date still to be confirmed.

We live in a world where facts and fiction get blurred
In times of uncertainty you need journalism you can trust. For 14 free days, you can have access to a world of in-depth analyses, investigative journalism, top opinions and a range of features. Journalism strengthens democracy. Invest in the future today. Thereafter you will be billed R75 per month. You can cancel anytime and if you cancel within 14 days you won't be billed.
Subscribe to News24
Related Links
Mrs South Africa adopts 'virtual judging process' and here are the judges
Miss South Africa 2020 first round judges announced
Here's everything we know about the Miss Supranational pageant
Next on Life
Miss South Africa Ndavi Nokeri's Ed-Unite campaign helps learners in Limpopo