PHOTOS | Zahara returns home: 'I'll forever be a village girl. The soul will always be within me' Zahara, born Bulelwa Mkutukana, started singing in her school and church choir when she was only six years old.

Today, she is a multi-award-winning musician whose debut album, Loliwe has sold over 100 000 copies in South Africa alone and went double-platinum in only 17 days.

On an episode of The Insider SA, Zahara took fans back to where it all began, Phumlani in the Eastern Cape.

Now back visiting Phumlani, Zahara says: "Growing up here was such an amazing feeling. It got me to where I am at today."

Although her life is now in Johannesburg, Zahara's heart is still at home. "I love coming to my village because when I get here, my spirit gets freed and I get love because I know I'm coming to my Mama's house. This was where I was born and bred and buttered." 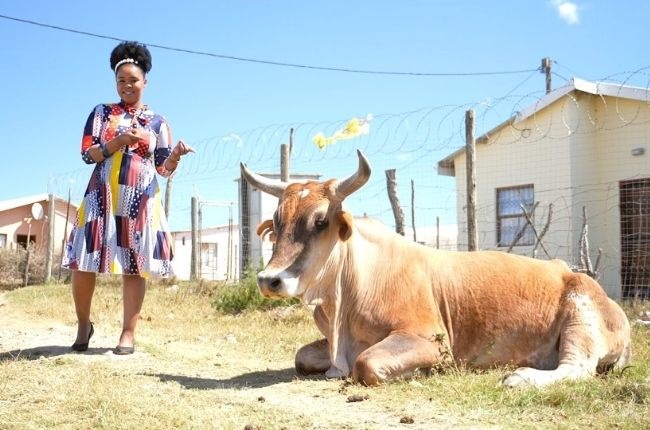 Zahara is the sixth of seven children. As a child, her family nicknamed her 'Spinach' after her love for the vegetable her mother cultivated in their garden. Her parents both worked hard to provide for their big family, but as Zahara explains: "They couldn't raise money for me to go to tertiary. I was left at home, but lucky enough for me, there was a guitar."

"I was never taught how to play the guitar, it just comes from the heart," Zahara tells The Insider SA. "For me, the guitar is a symbol of hope. When everybody is gone, when all my friends are gone, I'll still have my guitar. When I saw no light, I knew, something will happen."

It was while busking on the streets of East London that Zahara was offered a record deal. When starting in the industry, she chose the stage-name 'Zahara', which appropriately means 'blooming flower' in Arabic. "A zahara is a flower, and it only blooms in the desert," Zahara explains. Today, Zahara has won over 40 awards, including 8 Samas when her album Loliwe was released. She's been awarded Best Female Artist and even Album of the Year. But despite her stardom, Zahara's family remarks on how she's never forgotten about them. It's her family who she turns to for support and has as a place of sanctuary.

"When we were all born, my mom and dad only had a two-roomed shack house which we all stayed together in. They taught us, each and every night, we have to sing together, stay together, and pray together," she says.

A memory Zahara will never forget is in 2013 when Nelson Mandela personally invited her to sing in his home. When she finished, Madiba applauded and told her: "Zahara, you are a very special girl, and South Africa is blessed to have you. The stars upon you, may they shine wherever you go".

We live in a world where facts and fiction get blurred
In times of uncertainty you need journalism you can trust. For only R75 per month, you have access to a world of in-depth analyses, investigative journalism, top opinions and a range of features. Journalism strengthens democracy. Invest in the future today.
Subscribe to News24
Related Links
PHOTO | Miss SA Shudufhadzo receives her Mercedes Benz C200 Cabriolet
SA country singer Jason Bradley in stable condition after being hospitalised due to internal...
Modiselle sisters share beautiful family photos
Next on Channel24
Memorial and funeral service details for Patrick Shai