As we wait for this year's Miss South Africa top 10 finalists to be announced, we take a look at the women who wore the crown from 2009 to 2019.

Trough the years Miss South Africa has been the stepping stone to success for winners and finalists alike, and the pageant has a rich history to look back on.

In June reigning Miss South Africa, Sasha-Lee Oliver introduced this year's top 15 during a live reveal on Instagram, giving the public the opportunity to vote for their top 10 finalists - a first ever in pageant history!

The top 10 will compete in the finale which moves to later in 2020.

In addition to the new interactive format, it was recently announced that the top three finalists will represent the country at the world's three most prestigious pageants - Miss World, Miss Universe and Miss Supranational.

Through the years, South Africa has gone on to secure six victories at the Big Four pageants, with three wins at both Miss Universe and Miss World. Miss South Africa 2018 Tamaryn Green during the grand finale at the Time Square Sun Arena on 27 May 2018. 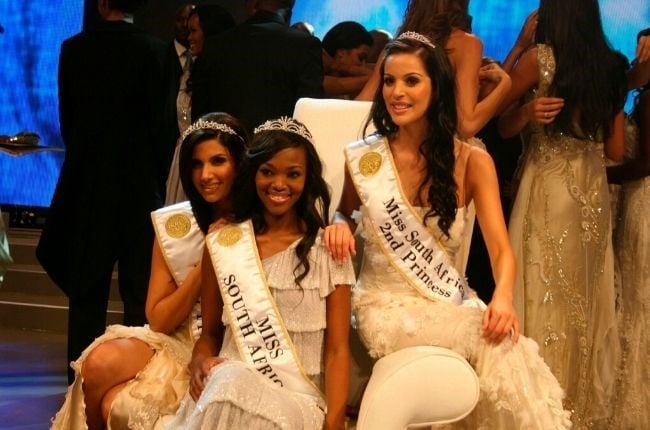 Bokang Montjane (Tshabalala) was crowned Miss South Africa 2010 at the Sun City Superbowl in South Africa on 12 December 2010. She was also named Miss Congeniality. With her are the first princess Dhesha Jeram and the second princess Bianca Coutinho.

Miss South Africa 2009 Nicole Flint attends the official opening of the Gautrain at the O.R Tambo International Airport in Johannesburg shortly after being crowned. Nicole Flint in an interview after being crowned Miss South Africa 2009.
We live in a world where facts and fiction get blurred
In times of uncertainty you need journalism you can trust. For 14 free days, you can have access to a world of in-depth analyses, investigative journalism, top opinions and a range of features. Journalism strengthens democracy. Invest in the future today. Thereafter you will be billed R75 per month. You can cancel anytime and if you cancel within 14 days you won't be billed.
Subscribe to News24
Related Links
PICS | 5 of Itumeleng Khune's most precious family moments at home
Demi-Leigh and Tim share a kiss on six month anniversary
Tamara Dey on how music sounds during a pandemic: To feel, to heal and connect
Next on Life
DJ Zinhle reflects on getting married: 'It felt like a gift that I got from God'