Somizi helped a woman stuck roadside, but she only realised later who he was! 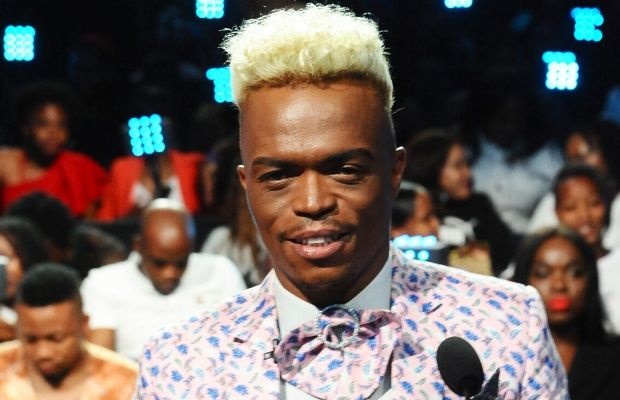 Getting stuck on the side of the road can be a terrifying experience, especially during a time when people are extra cautious about offering help.

Idols SA judge Somizi Mhlongo shared a post online, detailing what happened when he offered assistance to a woman who was experiencing car trouble.

"I know we live in a world full of anger, rage and danger.....we don't trust anything even if it looks innocent, [sic]" he started the post.

He went on to explain that he saw a woman stranded in the 'middle of a busy road,' and despite his initial concerns, he made a U-turn and offered help.

The woman told Somizi that her husband was on his way, and that she would be okay on her own, but Somizi gave her his number "just in case" as he was close by.

"I think she realised after I had left who I was when she saw my dp on my WhatsApp I guess, [sic]" he said, sharing a photo of their Whatsapp conversation.

In the screenshot of the conversation, the woman, named Melissa, says that she "was in a state" and didn't immediately recognise him.

"Wonderful to know there are amazing people with lovely hearts like yourself still out there," she wrote to the TV star.

Somizi ended the heartwarming post, writing: ".....moral of the story....making this world a better place one person at a time....its not that bad...."

I know we live in a world full of anger, rage and danger.....we don't trust anything even if it looks innocent.....sometimes id not most times we see ppl in need of help by the roadside and we wonder if we ahud help or not....and I find myself worrying if they're gonna be ok.....especially if its a woman....in this case this woman was stuck in the middle of a busy road on wiiam nicol and cars were just passing by so I made a uturn and went to ask her if she has received any assistance....her battery had died she said....I was wearing my cap and mask and sunglasses.....so she had no idea who I was ....I was in my way to gym so I didn't mind waiting with her and skip gym.....eventually her husband called to say he is 5 min away...so she said I can leave so I gave her my numbers just incase she needs help coz I'm just across the road.....so I think she realized after I had left who I was when she saw my dp on my WhatsApp I guess.....moral of the story....making this world a better place one person at a time....its not that bad....

We live in a world where facts and fiction get blurred
In times of uncertainty you need journalism you can trust. For only R75 per month, you have access to a world of in-depth analyses, investigative journalism, top opinions and a range of features. Journalism strengthens democracy. Invest in the future today.
Subscribe to News24
Related Links
Bachelor SA's Jozaan Digue dedicates sweet post to boyfriend
7 of Minnie Dlamini's cutest baby bump photos!
Boity brings the heat in poolside bikini photo
Next on Channel24
TikTok sensation Tyra Chikocho wins African Social Star at People's Choice Awards