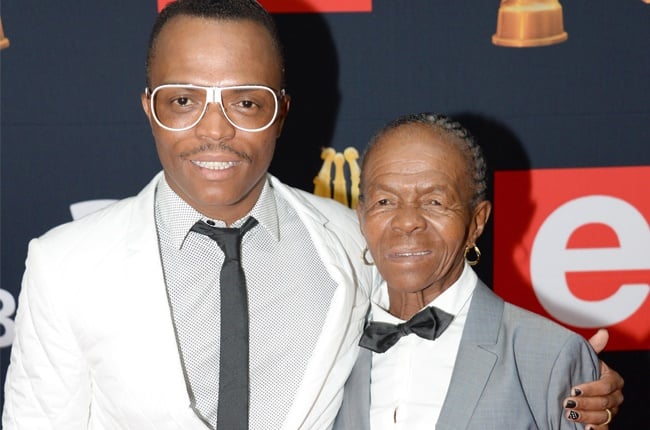 In an Instagram post, Somizi Mhlongo thanked Beyoncé and Tina Knowles for the "love and respect" they showed his mother, Mary Twala, during the filming of Black Is King.

"I have all the rights to brag about the queen that is my mother.....what a way to exit mother earth ...... 60 year career nogaal......thank u @mstinalawson @beyonce for the love and respect u gave my mom even when she was alive during the filming, [sic]" Somizi wrote.

The Idols SA judge shared a screengrab of the Instagram post, in which Tina said that Beyoncé shared with her the "sad news" of the iconic South African actor's death.

I' have all the rights to brag about the queen that is my mother.....what a way to exit mother earth ...... 60 year career nogaal......thank u @mstinalawson @beyonce for the love and respect u gave my mom even when she was alive during the filming

Following the release of Black is King, Somizi said that he was a "super proud son" confirming that Black Is King was the last project his mother worked on before her death.

We live in a world where facts and fiction get blurred
In times of uncertainty you need journalism you can trust. For only R75 per month, you have access to a world of in-depth analyses, investigative journalism, top opinions and a range of features. Journalism strengthens democracy. Invest in the future today.
Subscribe to News24
Related Links
Samas celebrates music #ForThaStreets with third instalment of the digital show
Here are the 2020 Miss South Africa top 10
SA-born dancer Nqobilé on touring with Drake and stealing Davido's heart in If music video
Next on Channel24
Cape Town MET returns with Glam Garden theme