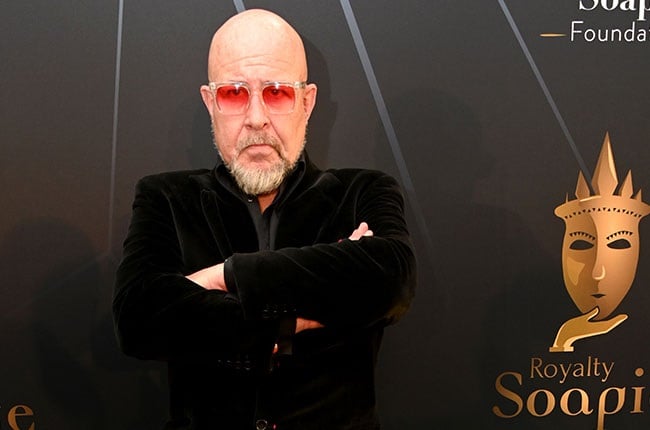 The multi-award-winning South African stage and TV actor Jamie Bartlett, also known as James Bartlett, most well-known for his role as TV villains Mike O'Reilly in Isidingo on SABC3, David Genaro in Rhythm City on e.tv, and as a judge on SA's Got Talent on e.tv has died. He was 55.

His death was confirmed to eNCA (DStv 403), who spoke to a family member.

Bartlett was born in 1966 to his South African mother and a British father in Maidenhead, England.

He went to school at St. Stithians Boys College in Johannesburg, Rondebosch High School in Cape Town, and Brynston High School. After completing high school, he studied speech and drama at the University of Cape Town.

Later, he did a post-graduate masterclass at Chrysalis Theatre Acting School in London.

His first major role was in the US film American Ninja 2: The Confrontation in 1987 before making numerous appearances in both international and local films, ranging from Big Game, Blind Justice, In the Name of Blood, The Sandgrass People, The Revenger, American Ninja 4: The Annihilation and Sweet n Short, to Warhead, Ernest Goes to Africa, the M-Net film The Sexy Girls, Bravo Two Zero, Beyond Borders, 12 Days of Terror, Red Dust, Swansong for Charlie, Avenger, the horror thriller Prey, 2010's White Lion, Mandela: Long Walk to Freedom as James Gregory, and 2013's Nothing for Mahala.

Bartlett was married to actor Camilla Waldman, and they later got divorced; they had a son, Hector, together.

He was most famous for his TV character of Mike O'Reilly in Isidingo on SABC3 and had the distinction of appearing in scene one as the first character to ever speak in Isidingo.

After several years he moved on to Rhythm City on e.tv, playing David Genaro for which he won a Safta until the character got shot in February 2020. He was one of the judges during the 7th and 8th seasons of the reality variety competition series SA's Got Talent on e.tv.

Other TV roles included that of Richard Sterling in the second season of BET's (DStv 129) Black Tax and Family Secrets and a role in Jozi-H. He also appeared on TV in the 1996-series Homeland as Miles Wilson and in Screen Two as Dickie.

Most of  Bartlett's theatre work happened at the Market Theatre, where he appeared on stage in 1986's Cock and Bull Story, portraying a gay boxer and which won him a Vita Award for Most Promising Actor.

A year later, in 1987, he won the Vita Best Actor Award for his Market Theatre role in the satire East, after which he starred in 1990's Rainshark also at the Market Theatre.

He played the lead in The Great Outdoors and toured Switzerland with The Fire Raisers. He returned to the Market Theatre in 2011 for Death of a Colonialist as a 60-something history teacher, for which he won the Naledi Theatre Award for Best Performance by an actor in a lead role.

Following his death, social media has been flooded with tributes remembering Bartlett.

Actor, choreographer and media personality Somizi wrote on Instagram: "And just like that, last night would be the last night together. I even made fun of you for greeting each and every person including the kitchen staff. Your spirit knew farewell my Jamie."

Jamie Bartlett - Curated tweets by Channel24
We live in a world where facts and fiction get blurred
In times of uncertainty you need journalism you can trust. For 14 free days, you can have access to a world of in-depth analyses, investigative journalism, top opinions and a range of features. Journalism strengthens democracy. Invest in the future today. Thereafter you will be billed R75 per month. You can cancel anytime and if you cancel within 14 days you won't be billed.
Subscribe to News24
Next on Channel24
Cassper remembers Riky Rick in heartfelt post