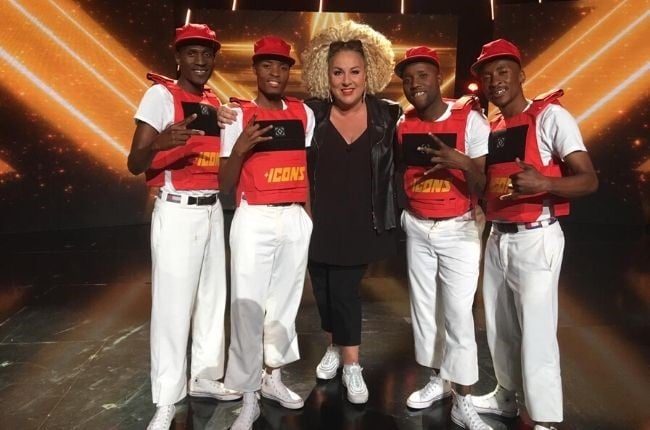 Popular pantsula group, Red Devils from Tembisa (Gauteng), flew the South African flag high on France's Got Talent - and got the judges moving!

Formed in November 2005 Red Devils consists of 15 active members and the group has been performing for 15 years.

Most recently, Belinda Davids received a standing ovation from Simon Cowell on Britain's Got Talent, following her rendition of Whitney Houston's One Moment in Time.

As part of its efforts to educate, restore, promote, and support African culture, TV Yabantu flew to Paris one of South Africa' s top pantsula groups to participate in France's Got Talent.

The group delivered an energetic dance routine to Michael Jackson's Wanna Be Startin' Somethin' - that had the judges smiling, and brought Marianne James to her feet!

"It was a lifetime experience to be part of the show and also to share the biggest stage of all time with other biggest artists around the world. I feel it is time for Africa to rise and showcase its originality. And we thank TV Yabantu for standing strong in culture, supporting and exposing local Talent to the world," says team leader Solly Phahlamohlaka

We live in a world where facts and fiction get blurred
In times of uncertainty you need journalism you can trust. For only R75 per month, you have access to a world of in-depth analyses, investigative journalism, top opinions and a range of features. Journalism strengthens democracy. Invest in the future today.
Subscribe to News24
Related Links
An emotional farewell for Mary Twala: Somizi thanks South Africans for 'really loving' his mother
The top 3 entertainment news headlines that dominated SA's social media channels in 2020 (so far)
WATCH | Veteran actor Mary Twala's funeral streamed online
Next on Channel24
Gigi Lamayne will host TikTok's first Africa music chart show