Rob was asked during a Q&A session on Instagram: "Would you ever enter as The Bachelor SA?" to which he replied: "Anything is possible. I can say, talks are underway," posting a photo of himself with Bachelor SA host Jason Greer.

M-Net is yet to comment on the return of The Bachelor SA or who will be cast as SA's next Bachelor.

Speaking to Channel24, Rob said: "Unfortunately I can't talk about it as yet." But he promised to reveal more "when the time comes". 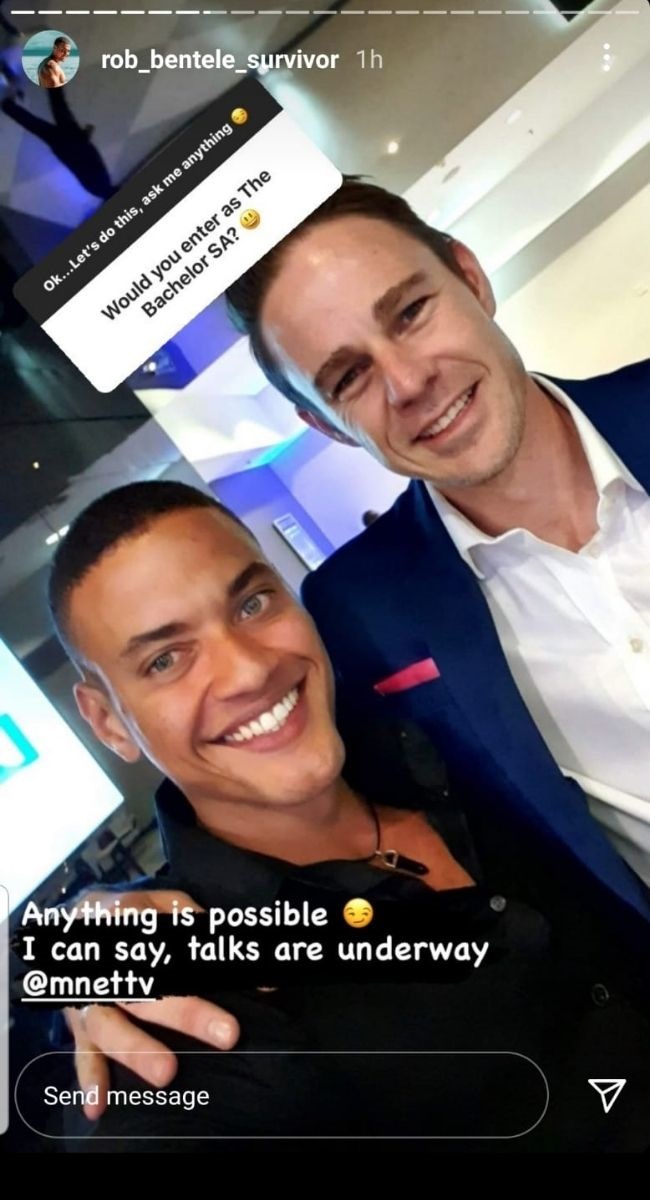 During the revealing Q&A, Rob also said that he tends to keeps his "love life private" and spoke about his longest relationship, which lasted four years.

"[She] was my high school sweetheart, we lived together and I'll never forget the blessing she was in my life. I was too young and immature to appreciate her," he said.

Rob also revealed that he would be competing in a Survivor spin-off this year, playing for "a million dollars" and will be "off the grid from April".

We live in a world where facts and fiction get blurred
In times of uncertainty you need journalism you can trust. For only R75 per month, you have access to a world of in-depth analyses, investigative journalism, top opinions and a range of features. Journalism strengthens democracy. Invest in the future today.
Subscribe to News24
Related Links
Pearl Modiadie's teary moments before wisdom teeth extraction
Gina Myers remembers Reeva Steenkamp: 'My heart has been feeling many things'
Enhle Mbali: 'I'm very single. Happily so'
Next on Channel24
Blood & Water season 2 wraps filming in Cape Town