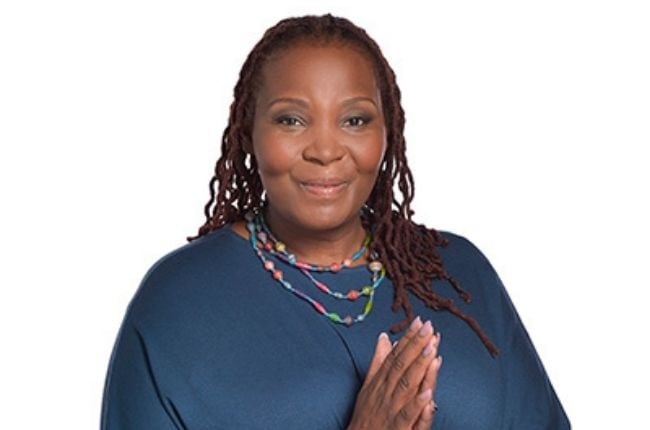 South African TV personality Angie Diale has died. She was 55.

Angie was an HIV activist and health and relationship counsellor who presented Mzansi Magic's Please Step In and Relate on SABC 1.

According to a statement released by a family spokesperson, Angie died on Thursday following a short illness.

"She was complaining of shortness of breath and subsequently treated at Tshepo Temba Hospital yesterday and later transferred to Leratong Hospital where she sadly passed in the early hours of this morning. The cause of death has been confirmed to be Pneumonia, [sic]" said the statement.

Angie leaves behind her mother, husband, brother, two children, and a grandson.

"Mzansi Magic is saddened by the news of Angie Diale's (Mam Angie) passing. She appeared on Mzansi Magic's Please Step in for 7 seasons in a social intervention programme which focused on assisting those in our society who were struggling with family relations and dianamics .

"Mam Angie is a celebrated  HIV activist, health and relationship counsellor who shared her knowledge graciously with others and always encouraging forgiveness. The Mzansi Magic team sends heartfelt condolences to her family, friends and fans during this difficult time", said a statement by Shirley Adonisi, Channel Director of Local Entertainment Channels.

Details of the memorial service and funeral will be confirmed at a later stage, said the family spokesperson.

We live in a world where facts and fiction get blurred
In times of uncertainty you need journalism you can trust. For 14 free days, you can have access to a world of in-depth analyses, investigative journalism, top opinions and a range of features. Journalism strengthens democracy. Invest in the future today. Thereafter you will be billed R75 per month. You can cancel anytime and if you cancel within 14 days you won't be billed.
Subscribe to News24
Next on Channel24
The River's Tina Dlathu shares details on debut role