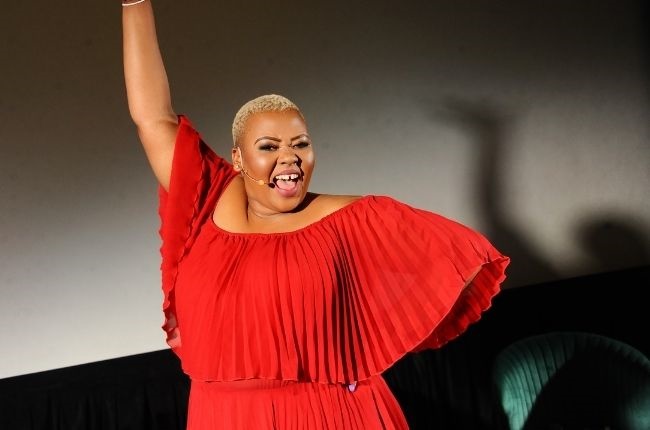 947's popular morning drive show has been rebranded as Anele, and the Club on 947 and the refreshed show promises to deliver more laughs, more fun and more music to keep its radio and online streaming audiences entertained and connected to the pulse of Joburg.

When she's not in front of the microphone, Anele is most likely hanging out with her son, trying out a fab new recipe, immersed in a book or on set shooting another TV show.

Channel24 checked in with the radio personality to find out more about her weekday wake-up routine, and who she listens to on her way to work.

"Four years on, we still have so much in store for our listeners. We will continue to bring the fun to weekday mornings. Along with the show name change, listeners can look forward to a host of exciting new show features centred around giving our audience the funniest start to their days," says Anele.

She adds that the new pay-off line "Joburg's Most Fun Breakfast Show," is all about incorporating the listeners more in the show. She says: "We take them on every high, every low and every smile."

What she has enjoyed most about the four years on-air has been the School Invasion, Anele says.

She explains: "We go to schools across the city and do the show from there and it is killing two birds with one stone because we get to meet the parents as they drop their kids off. The weeks are grueling, and the weather is always bad, but it makes for such a fun-filled week. Damn you Covid-19!"

About the most rewarding part of the job, she says: "Radio is instant and you can feel the instant energy that the listeners give you back."

Anele helps Gauteng get ready for their day, but what does a radio DJ's morning routine look like when she has to hit the airwaves at 6:00?

She says: "I wake up at 4:15 and go through all my messages and social media. Mentally access how tired I am then do all the convincing to access where my energy is needed most that day. Shower, grab a banana and a bottle of cold water and go to radio."

While driving to work, Anele listens to Alex Caige on Early mornings, but a bit of Afrika on 702 will get her up to speed on the day's happenings.

Anele brings joy to so many listeners in the morning, and when asked what makes her smile, she says: "The sardines from Mythos, the fillet from Gemelli, the ribs from Harlem, A raspberry pineapple paddle pop, the chips from Steers and my son laughing so hard he burps. And last but not least, pool floaties."

Describing 2020 in two words, Anele says: "A cacophony and an awakening."

But she believes the show has helped Joburgers through the pandemic by "being consistent". She says: "We were there every day. We were the comfort, the reassurance. It's funny because when I reflect, I realise I too needed that."

Although we've seen many worrying headlines in the news this year, Anele says her biggest motivation has been "delivering a sense of reassurance to the entire city". She adds: "That was really all we needed."

We live in a world where facts and fiction get blurred
In times of uncertainty you need journalism you can trust. For only R75 per month, you have access to a world of in-depth analyses, investigative journalism, top opinions and a range of features. Journalism strengthens democracy. Invest in the future today.
Subscribe to News24
Related Links
PHOTOS | Shudufhadzo Musida's inspiring reign as Miss South Africa - so far!
Memorial and funeral service details for Mshoza confirmed
Trevor Noah and Minka Kelly reportedly house hunting together
Next on Channel24
Zoleka Mandela shows off her baby bump in 7 photos