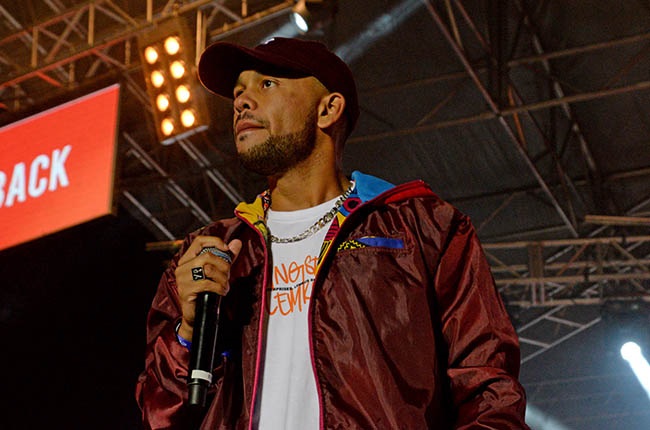 YoungstaCPT during the Back to the City music festival.
Photo: Oupa Bopape/Gallo Images

The video begins with YoungstaCPT, real name Riyadh Roberts, dressed in all-black, walking down a street in Johannesburg as a voiceover by the late rapper plays in the background.

Shortly after that, interchanging scenes show YoungstaCPT on stage during a performance and him interacting with fans on the streets of Johannesburg.

The interchanging scenes continue as the Capetonian reflects on how much he misses the rapper, wishes they had spent more time together, and how alone he felt when he received the news of Riky's passing because he was in Cape Town.

He also touches on how Riky extended the baton to other artists and had a dream about him after his passing.

The last few seconds of the video show footage of YoungstaCPT and Riky sharing a hug and interacting with fans on a street corner.

YoungstaCPT announced the song to the public in a lengthy post on social media in April.

In part, he wrote: "During Ramadan, I have time to process my thoughts, what I'm feeling and pray on it. Everyone grieves differently; I do it quietly. I never spoke about Riky's passing because most of our encounters were personal, not always public."