Wedding bells for Jay and Jonathan?

Johannesburg - Ever since The Juice revealed in March that actress Jay Anstey and Top Billing presenter, Jonathan Boynton-Lee are a couple, wedding rumours have been plaguing them.

But hold up, guys! As much as they've become known as Mr. and Mrs. Boynton-Lee, it's only been 9 months. Yes, it may seem like eternity in celebville, but that doesn't mean they have to go rushing to the alter.

We bumped into John a while ago and asked the question. His reply was nonchalant, admitting that they're in a serious relationship, but as for those wedding bells? Well, we're going to have to wait.

Despite the fact that he isn't ready to pop the question just yet, one look at their Instagram pages shows that they're totes in love. "They are both really happy and in a good space right now. They're taking it one step at a time. The important thing here is that they both make each really happy."

He might not be ready yet, but we who's to say he isn't saving for a ring anyway, eh? 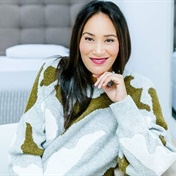