Our top 3 'Idols SA' performances from the first live show 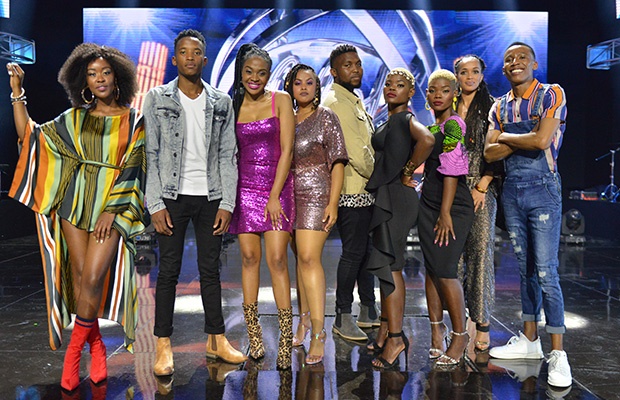 Cape Town – The gloves are off as the 'Idols SA' top 17 contestants fight for your vote to make it to the top 10.

On Sunday night's episode, nine contestants took to the stage at The State Theatre in Pretoria.

For the opening number group, A gave a rousing performance with their rendition of AKA's Fela in Versace.

The theme of the show was Trending, which meant contestants had to sing songs that have set social media on fire over the past few years.

HERE ARE OUR TOP 3 PERFORMANCES OF THE EVENING

This was the performance of the night! Her rendition of Themba by Kelly Khumalo got her a standing ovation from the audience. We have to agree with Somizi she is the perfect star.

Can we call her the comeback kid? After not making it through to this round last year Dinky came in swinging. Her performance of Get You by Daniel Caesar was soulful and sexy.

Just when we thought the guys weren't doing too well, Nolo rocked the stage with Khalid's Talk. His vocals were smooth, and he looked in total control on stage.

SEE ALL OF THE PERFORMANCES HERE

We live in a world where facts and fiction get blurred
In times of uncertainty you need journalism you can trust. For only R75 per month, you have access to a world of in-depth analyses, investigative journalism, top opinions and a range of features. Journalism strengthens democracy. Invest in the future today.
Subscribe to News24
Related Links
One of these 17 singers will be the next winner of Idols SA
'Idols SA': Who will make the top 16?
54 contestants axed in the first week of Theatre Round on 'Idols SA'
Next on Channel24
'Winning Idols SA was a life-changing experience' - Berenike Trytsman