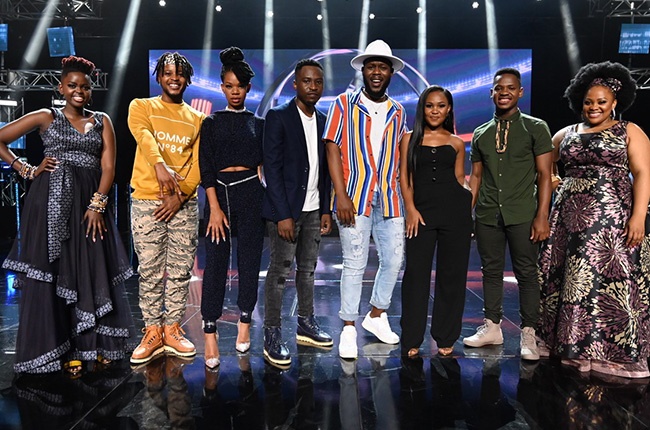 As the search continues for the 16th Idols SA winner, the competition is getting more challenging, with the contestants continuing to impress with their talent.

Be became the second contestant in the top 10 to say goodbye, having failed to secure enough votes to progress to the top eight.

Congratulations to the lovely, #IdolsNdoni who's officially through to your Top 8! ??

Sadly it's the end of the road for a heartbroken, #IdolsBe who bows out after giving so many BEautiful memories.

We'll miss you much Be. You've left your mark on the #IdolsSA stage pic.twitter.com/HFU7rGuHJy

Bongi started the show on a high note with her performance of Zandi Khumalo's NgiyaKhuthanda. Randall Abrahams said sticking with the ballads was working for her but highlighted her song choice was not all there was to her performances. "Your vocals improve week after week," he said. Unathi Nkayi too had nothing but positive words for Bongi, saying she had pierced everyone's soul with her mother tongue. Somizi Mhlongo-Motaung said it was a beautiful way to start the show.

Mr Music performed DJ Maphorisa and Sjava's Ngempela. Unathi said his performance was contagious. "Not the most perfect vocals, but a good performance," she said. Somizi agreed with her but urged him to start trying different performances without losing his core style and sound. "It was a good performance, but it's time to change gear," he said. Randall said Mr Music was developing slowly over the weeks, which he said, indicated he would certainly be around to perform one more song.

Zama's rendition of Thabsie's Finally was met with just as much praise as her performance last week, with the judges commending her versatility. "This was beautiful," Somizi said, adding: "We are enjoying you." Randall praised her for her lower ranges, and Unathi congratulated her for continuously pushing herself.

Brandon was next with Musa's Angsakwazi. Randall said although he had enjoyed the performance – and he had performed as well as he could have – he had not made the best song choice. Unathi disagreed, however, saying Bruce had chosen well and had done an incredible job. "I think this is your best performance so far," she said. Somizi said he had enjoyed his vocal performance but encouraged him to connect with his audience.

Jooma had the judges heaping him with praise not only for the performance but his stage presence. "What a perfect song for you," gushed Unathi about his song choice – Masego's Lady Lady, calling his performance flawless. Somizi was equally impressed, calling him a magician, while Randall commended him for showing different dimensions without losing his core style.

ZanoThando performed NaLingi by Manu World Star. Somizi said it was a sexy performance even though he felt his voice needed some warming up. Randall was impressed that he had heeded last week's advice, shrugging off last week's restraint and going for it. Unathi added that it was his best performance yet because he had given his all.

Ntokozo performed Focus by H.E.R. Randall said she had certainly stepped up, while Unathi said she had given her goosebumps.

Ndoni closed off the top eight performances with Inyanga by CiCi. Unathi commended her for her song choice, adding that she was a charming performer. Somizi was equally impressed, calling her rendition beautiful. Randall noted that she had improved over the weeks but needed to perform with the conviction that she deserved to be on that stage.

"It was another exceptional week of exceptional performances," said Nomsa Philiso, director of Local Entertainment Channels at M-Net. "I think the judges are right to say the viewers will not have it easy when it comes to voting because this year is brimming with talent. Still, the voters are the only ones who will decide who becomes the next SA Idol; I urge them to continue voting," she said.

We live in a world where facts and fiction get blurred
In times of uncertainty you need journalism you can trust. For only R75 per month, you have access to a world of in-depth analyses, investigative journalism, top opinions and a range of features. Journalism strengthens democracy. Invest in the future today.
Subscribe to News24
Related Links
Former Idols SA contestant Phindy Dube shares pregnancy news
WATCH | Idols SA top 9 perform 'lockdown hits'
Mathew Gold on pushing musical boundaries and how his time on Idols SA shaped his career
Next on Channel24
WATCH | Idols SA top 9 perform 'lockdown hits'